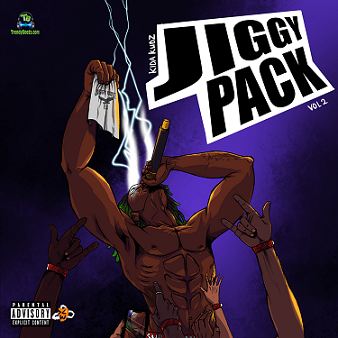 The talented Nigerian-UK based singer and rapper, Kida Kudz release this new song tagged “Membaz Only”.

Kida Kudz kicks off another impressive tune which he entitled “Membaz Only” and fans are widely excited about his new release. He dropped this song a few hours now which has started gaining public attention and accumulating lots of streams on the streaming stores.

After the succesful release of “TOP MEMBA” in 2021, the Nigerian-UK based rapper Kida Kudz satisfies the fans with another stunning project titled “Jiggy Pack Vol. 2” which was released under Jiggy Boyz Entertainment / Dvpper.

The new project “Jiggy Pack Vol. 2” is a phenomenal one of the Afrobeat genre where Kida Kudz perfomed impressively and still maintain his unique style. The EP houses three solid tracks which featured a sole guest appearance from PrettyBoy D-O, who aid in making it done and dusted. Truly, the EP is on point and here we deal with it.