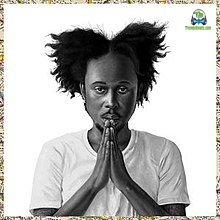 After showing us what he’s got on “Bay Badness” album which is still being massively played, the Jamaican Dancehall and reggae fusion made a new offering with this phenomenal album “Where We Come From”, where he showcases his capability. It was released by Mixpak Records.

Andre Hugh Sutherland known professionally as Popcaan, is a Jamaican deejay, singer and songwriter from the parish of St. Thomas. He is one of the Jamaicans making a huge trend with his music genre. This season, thinking of what to offer, he presented “Where We Come From” album which houses 13 tracks featuring only Pusha T, the American singer and rapper who aid in making it a successful one.