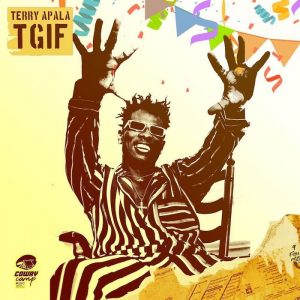 Multi-talented Nigerian afrobeat and Apala hip-pop musician, Terry Apala kicks off a new beautiful song “TGIF (Thank God It’s Friday)”. He released this song in the year, 2022 which has started gaining fans attention and accumulating lots of streams on the digital streaming platforms.

Terry Alexandar Ejeh better known by his stage name Terry Apala, is a Nigerian afrobeat and Apala hip-pop musician. With “Champagne Shower” which launched him into the mainstream, Apala is also known for his cover to Ed Sheeran’s single “Shape of You” which won him “Best Music Cover of the Year (International)” at the City People Music Award 2017.