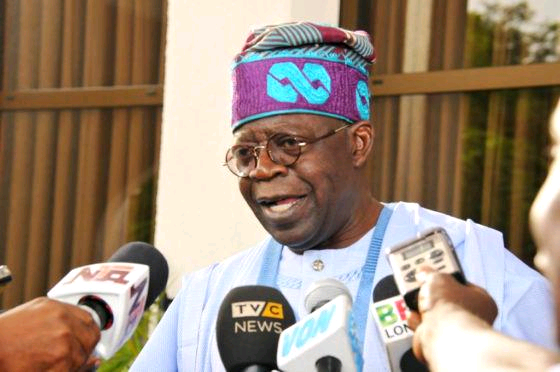 2023: APC Leaders Split Over Tinubu, South-East May Get Presidential Ticket

Governors and top leaders of the ruling All Progressives Congress, APC, are split over the presidential aspiration of the party’s National Leader, Asiwaju Bola Ahmed Tinubu.

The division is affecting zoning of National Working Committee, NWC, and National Executive Committee, NEC, offices ahead of the February 26 National Convention.

A top party source told Vanguard, weekend that contrary to perception, Asiwaju Tinubu is not desperate to become president in 2023 but wants agreements to be honoured.

“Top founders of the party know that President Buhari promised to hand over to Tinubu in 2023. Now if they don’t want to fulfill that promise, they have to sit down with Tinubu and discuss.

“Tinubu has to be respected. You can’t treat him as nobody and expect him to keep quiet and do nothing. He is a democrat,” the source said.

Although the APC governors have taken charge of the party, they are yet to agree on Tinubu and a chairmanship candidate. “Some of the governors are for Tinubu and are watching to see how things unfold.”

According to the source, President Buhari is not averse to a South-easterner succeeding him and may be eyeing a minister from the zone as his successor.

President Buhari, penultimate week, said his choice of ‘favoured successor’ would shock people, a reason he said he would keep the identify of the person secret.

On 2023 presidency, the source said the party must find a way to assuage the feelings of Tinubu and some founders of the party, who are gunning for the presidential ticket because “promises were made to them during the formation of the party.

“If the party cannot fulfil the promises in 2023, the party has to meet and plead with them.

“If the party treats them with contempt, they are ready to stand their ground and it will affect the party in 2023 elections.”

Meanwhile, the immediate past Director General of the Progressive Governors’ Forum PGF, Salihu Moh. Lukman, has lamented the dwindling democratic fortunes of the ruling All Progressives Congress APC, saying the party was now more of an election platform without any ideological bent.

Lukman in a statement in Abuja yesterday, described the reality as very disturbing, noting that “APC today, wasn’t the APC of the period 2013 to 2015.”

He said outside President Muhammadu Buhari, there were very few elected leaders in APC who were still committed to the founding vision of the party to provide leadership to change Nigerian politics.

He said: “Given where the nation is coming from under PDP, changing Nigerian politics would require departure from requiring citizens to be blindly loyal to elected leaders.

‘’It should require that citizens and party members are free to disagree and criticise elected leaders.

“In other words, politics of change should produce elected leaders who should be highly tolerant and where possible even accommodate disagreements and criticisms as part the process of decision making.

“These may sound like wishful thoughts. The truth however is that our dear APC is being held captive by some few leaders whose interest is only about imposing themselves as candidates for elections.

“So long as that is the case, it means what we have as APC today wasn’t the party negotiated and produced out of our legacy parties.

“Rather than the envisioned party, which allows for internal debates and disagreements among party leaders and members, based on which there could be negotiations and agreements, APC today has been diminished to only an election platform, which is what the founding leaders and members wanted to change.

‘’The commitment to change the profile of political parties beyond being election platforms was precisely part of why Nigerians supported the APC in 2015″, he stated.

He said unlike the case of the PDP, APC was extremely lucky to have a leader in President Muhammadu Buhari who does not meddle in the affairs of the party.

Lukman added: “Sadly, this became the license for party leaders to abuse the trust of both the President and majority of party leaders and members.

“Overtime, this has damaged the profile of the APC to the point whereby, based on the conduct of leaders and some elected representatives of the party, it is difficult to associate the APC with its founding vision of change.

‘’Problems of intolerance to disagreements and criticisms, with some leaders expecting members to be blindly loyal is becoming a common attribute.

“Even when consultations take place and there is a clear decision, so long as the decisions are not what some few party leaders want, those decisions will not be implemented.

‘’It doesn’t matter whether President Buhari was part of the consultations, and in agreement with the decision.

“Propensity to disrespect decisions and party leaders, including the President, is very high today in APC.

“Every founding leader and member of the APC must rise to challenge of arresting the drift in the party.

“Few individual leaders of the party must not be allowed to continue to impose themselves and destroy a party with potentials to provide the needed democratic platform for negotiated resolutions of all the problems of Nigeria.

‘’As it is today, APC is the only party where contestation is taking place. Again, thanks to President Buhari who is providing unbiased leadership to the party, it is possible for ordinary members to express themselves, including disagreeing with decisions of leaders of the party.

‘’This unique leadership of President Buhari has helped a lot to sustain the hope of both party leaders, members and Nigerians desirous of political change.

“Beyond the unbiased leadership of President Buhari, there is the need for all party leaders and members committed to the politics of change to ensure the emergence of party leaders at the February 26, 2022 National Convention who must be tolerant to criticisms and disagreements and should not expect members to be blindly loyal.

‘’Above all, if APC is to return to its founding vision of driving the process of change in Nigeria, it must produce leaders who would be able to compel elected representatives produced by the party to be accountable to Nigerians.’’