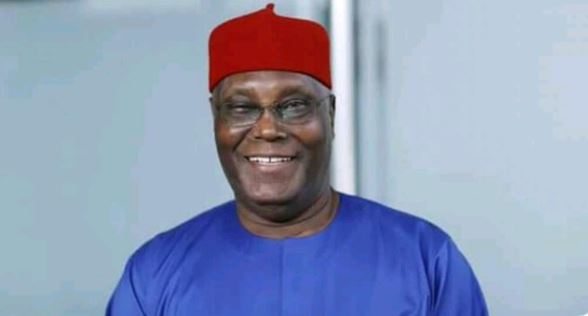 2023: Atiku More Than Qualified To Run Under PDP, Says Bauchi

A political pressure group known as ‘Alliance for Democratic Change’ has advised the national leadership of the Peoples Democratic Party (PDP) that unless it fielded Atiku Abubakar as its presidential flagbearer, it is bound to lose the 2023 polls, stressing that the former vice president is today the most politically versatile politician in the country.

The Zonal Chairman of the group, Lawal Mukhtar Ladan, who stated this during an interview with Journalists yesterday in Bauchi, said that people like Aminu Tambuwal, Bukola Saraki and Bala Mohammed should feel ashamed for bracing up to the gun let if patriotism is anything to go by.

He said that Atiku Abubakar is the most qualified presidential aspirant within the nation’s political registered political parties, having held the position of Vice President for two consecutive terms.”

Alhaji Lawal Ladan explained that all the other five geo-political zones of the country have at one time or the other acceptably enjoyed the presidential slot, except the Northeast which had not had it since the independence of the country about 60 years ago when its illustrious son, Prime Minister, Sir Abubakar Tafawa Balewa was immorally assassinated in a cold blood.

“Northwest had it, same as Northcentral, but Northeast has not taken the slot in 60 years of the country’s independence, and for the Nigerian political class to be just and equitable, the 2023 model shift should be assigned to the Northeast”, Ladan said.

“It is a shame for any politician from northcentral and north to brace for the nation’s plum at this paradigm shift to the 2023 general election, but rather lend credence to any aspirant from the Northeast.

“I think it is arguably right for the presidential slot under whichever political party be reasonably zoned to the Northeast to steer the ship of the Nigerian state. After all, Bauchi is the cradle of Nigerian politics” Ladan said

Ladan Bauchi also recalled that Governor Bala Mohammed has recently admitted that he would be ready to close ranks with former vice president Atiku Abubakar with a view to save Nigeria from the catastrophes it found itself and for the unity, security and economic enhancement of the country.

The Alliance chairman stated that based on his antecedents the former vice president Atiku Abubakar is more than a qualified aspirant to carry the PDP flag ahead of the 2023 polls than Bala Mohammed, saying Tambuwal and Saraki should uprightly step down for him.