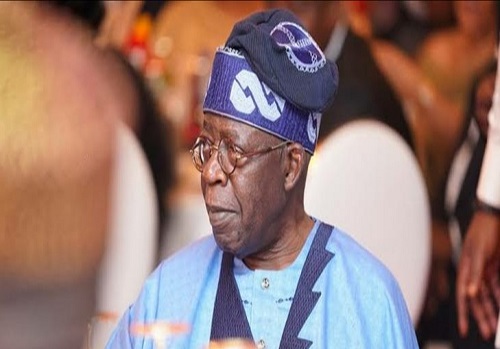 A group of experts and professionals from within and outside Nigeria under the aegis of Bola Ahmed Tinubu Solidarity (BATS) Team has called on the National Leader of the All Progressives Congress, Senator Bola Tinubu to integrate experts in his campaign team.

This, they said, will serve as a precursor to having a grasp of situations around government and give him leverage in his bid to secure the All Progressives Congress (APC) presidential ticket.

BATS Team made the call in a statement jointly signed by its leaders including a former Special Adviser to the President of the United Nations General Assembly, Prof. Murtala J. Balogun; the Forum’s Global Director, Mr. Ibraheem Haruna and General Secretary, Olaoluwa Aremo on Wednesday.

The statement reads in parts: “The Bola Ahmed Tinubu Solidarity Team, BATS Team notes with delight that Tinubu has formally declared his interest to contest the 2023 presidential contest and confidence that Nigerians, irrespective of tribe, tongue, or faith, have identified him as the candidate that is best placed to consolidate and build on the accomplishments of President Muhammadu Buhari.

“As a group whose membership cuts across Nigeria and Diaspora, BATS Team is honoured to be counted among those supporting the Asiwaju’s presidential bid.

“Like other Nigerians, BATS Team members fully acknowledge Tinubu’s contributions to the evolution of our country’s democracy and the transformation of the APC from its humble beginnings to its current position as a governing party that enjoys the spontaneous and overwhelming support of Nigerians from all walks of life.

“We, therefore, count on the Jagaban to bring his wealth of knowledge and experience to accelerate the pace of national reconciliation, stabilization, and sustainable development, knowing in him is a leader that attaches high priority to the mentoring of current and future leaders.

“While not doubting the Jagaban’s capacity to lead Nigeria from an era of civil strife to one of stability and sustainable development, we cannot ignore the enormity of the challenges that lie ahead, among them is this to anarchy where lawless elements, such as kidnappers, bandits, and ISWAP-Boko Haram terrorists have virtually declared war on Nigeria and roaming freely in nearly all the states of the Federation.”

“The BAT Team notes that no presidential candidate who hopes to triumph at the polls can afford to ignore this ugly reality and no candidate that craves a successful tenure can afford to wait until he is elected before coming up with a viable counterinsurgency and national stabilization strategy.

“It is in this spirit that we urge the Jagaban to start in earnest to constitute think tanks and working groups ahead of the primaries and conventions should be incorporated into his campaign team for broader and inclusive engagement towards engendering national addition in finding a solution to our national challenges.

“The remit group will be to examine the root causes of insecurity and prepare a roadmap to peace and national integration without prejudice to the giving serious consideration to the imperatives of devolving powers to state and local governments, and the transfer of the resources that the two tiers of government need to maintain public order in their areas of jurisdiction.

“On the economy, we advocate that Asiwaju Tinubu should institute measures towards further diversification of the economy and lessen the dependence on oil as the next Nigerian President must find a golden mean between total reliance on the hyper-active state and complete capitulation to unhinged, exclusively profit-seeking, market forces.

“Like the state of which it is part, the economy is not sustainable unless it works for all. As it so happens, the cumulative insurgency, as well as the accompanying social and humanitarian, challenges facing Nigeria cannot be tackled by the private sector acting alone.

“These challenges call for the release of the productive, entrepreneurial development, and capital accumulation energies of the state. If a hyper-active state is an overkill, an indolent, do-nothing alternative, is good for nothing except budget padding, project duplication, and large-scale embezzlement of public funds.”