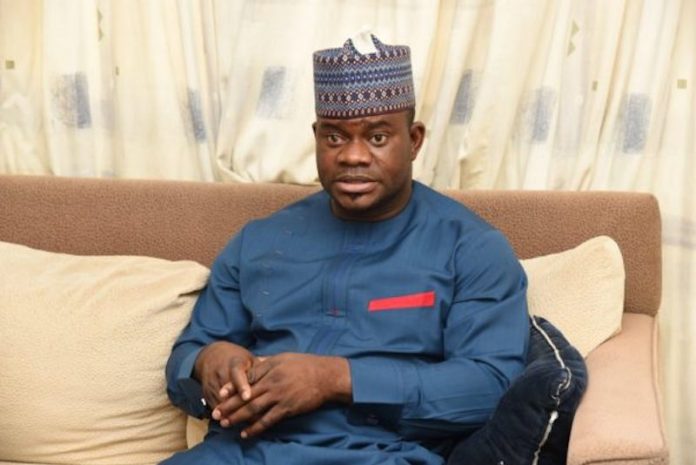 Kogi State Governor, Yahaya Bello has said he would not turn down calls by many Nigerians asking him to run for seat of president in 2023, declaring the calls are patriotic offers that he would accept.

The governor who made this known after his visit to President Muhammadu Buhari in Aso Rock, stressed that that president was a leader who would want a qualified successor and informing him about his intentions should not be a matter of public discussions.

According to him, he had always been an advocate for capacity, performance over ethnic or other demographic quality, noting that the country needed a leader with the ability to serve irrespective of region they belong

Bello noted that peradventure the North and South divide was a determinant of who becomes the nation’s next leader, then fairness and equity must be a watchword as the total addition of years of South’s leadership as compared to the North still puts him in a qualified position to run in 2023.

He asserted that in answering the question of his credentials to jostle for the number one seat of the nation, people must refer to what was in existence in Kogi state before he took over in 2016.

The governor highlighted areas of security, unity and infrastructural development as some of his administration’s success, noting that journalists were at liberty to do their independent findings or go through the various web platform of the state to access these information.

Bello noted his administration has surpassed expectations and specifically in the area of integration the state was more united than ever before as ethnic and religious affinity were no longer a cause of concern in the state. This feat, he stressed, is what many Nigerians desire.

The Chief Press Secretary to Governor Bello, Onogwu Mohammed, had said during the visit to the president, they had detailed discussions on politics and security.

“The governor, in his usual concern for matters relating to governance and security, was at the villa for progressive talks with the president. They shared ideas and also reached certain conclusions that I won’t want to disclose for confidentiality purposes.”

The governor’s publicist stated that Bello applauded the president’s efforts in curbing insecurity in the North and other parts of the country, adding that the people of the zone will soon start reaping the dividends of those efforts.

Bello is one of the leading aspirants seeking to succeed President Muhammadu Buhari in 2023 and he has enjoyed support from different groups across the country.

Earlier in January, no fewer than 600 women groups, drawn from different parts of the country, converged on Abuja for a solidarity walk for Governor Bello to run for presidential election.