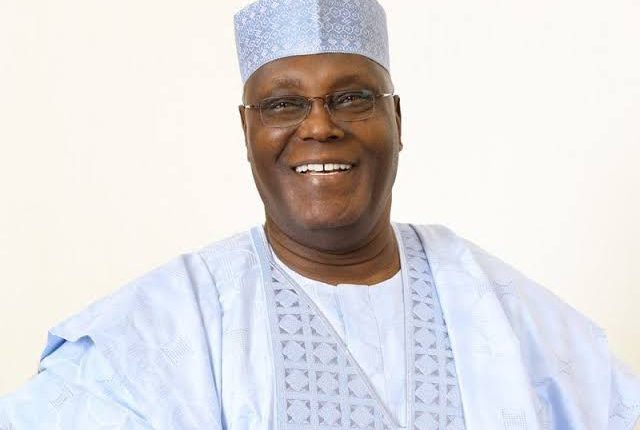 Associates of former Vice President Atiku Abubakar on Wednesday said they have written the national leadership of the Peoples Democratic Party (PDP), urging the party to make a wise decision in choosing its candidate for the 2023 presidential election, Daily Independent has gathered.

A former senator from the North-Eastern zone of the country, who confirmed the development to Daily Independent, said the letter was directed to Senator Iyorchia Ayu, the national chairman of the PDP and other members of the National Working Committee (NWC). He said they made it expressly clear that Atiku, who was the party’s presidential candidate in the 2019 election, is the only politician with the national acceptability and clout to defeat any candidate fielded by the ruling All Progressives Congress (APC).

According to him, they also argued aside President Muhammadu Buhari who will be vacating office after completing his eight years of two terms in 2023, only Atiku is the politician with the vast network from across the six-geopolitical zones in the country that can win the presidential election for the party.

“We associates of the former vice president have been following events in the country in the last few days and we have noticed the relentless attacks against the person of Atiku Abubakar.

Those behind the attacks, many of them faceless are alluding to age, religion, zone and the fact that he should not be fielded again by the PDP having been given the opportunity in 2019.

“Some of these attacks are sponsored by those who are jittery of Atiku’s profile. He contested against President Muhammadu Buhari, a very popular figure and sitting president in 2019 and we all saw the outcome of the election. Till date, many of us still believe that Atiku won the election, even though INEC and the Supreme Court gave the victory to APC.

“That is why we have written to the party not to make a mistake in its choice of presidential candidate in the 2023 elections. Only Atiku can win the election for our party.

There is nobody that APC presents today that can withstand Atiku in any part of the country. Atiku will defeat such a person effortlessly. The other aspirants know this fact themselves. If we make the mistake of fielding a weaker candidate and we lose, that may mean another eight years of PDP as an opposition party.

“If we are sincere about returning the PDP to power then we should present the best of candidate to fly our flag. Getting the best candidate means we should throw the ticket open and let’s have a free, fair primary where the best man will represent us in the election.

Nobody should be barred from contesting”, he said. When contacted, a media aide of Ayu said he couldn’t confirm if he received the letter as he was out of town. He promised to find out and get back to our correspondent.

Number one, he is eminently qualified to run for the highest political office in Nigeria under our constitution.

Also, one important thing Nigeria urgently needs is a unifier, somebody who can bring the entire country together. Nigeria has never been this divided.

“That is why we need a highly detribalised leader like Atiku to take over the leadership of this country. Atiku is somebody whose candidature will receive huge acceptance across board. “He has huge political capital and network that Nigeria needs.

The APC government has run us into serious debt and therefore, we need somebody with both local and international network to get us out of this doldrums. “You will agree with me that Atiku was the engine room of the Obasanjo administration.

He recruited younger elements that were the brain behind the massive achievements recorded by that administration. Lastly, Atiku is a very gender- sensitive politician. His youth and women inclusion agenda is unparalleled.

“So, I challenge any of the other aspirants who wants to run for presidency to come out and show us their policies for youth and women.

Atiku is bold and courageous and let me add that, contesting for the presidency of Nigeria it is not for a lily-livered politician”.