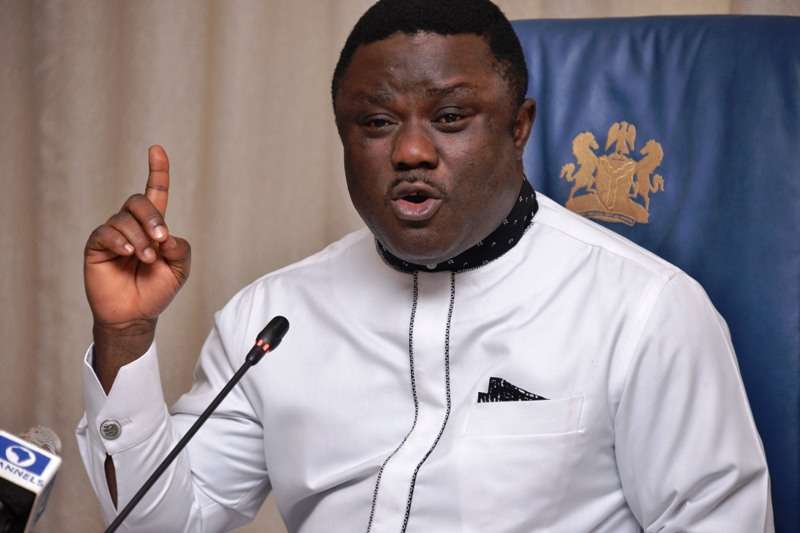 Governor Ben Ayade of Cross River State says President Muhammadu Buhari would have the final say on the zoning formula in the All Progressives Congress (APC).

Naija News reports that Ayade made this known on Tuesday in an interview on a programme on Channels Television, Politics Today.

The governor asserted that the February 26 date for the National Convention of the party is not sacrosanct, asking APC members to be law-abiding.

He said: “If there is a need for a little shift then it is allowed particularly when it is within the ambit of the law. But as of today, I have no indication that it will happen but the President will return and address this.”

Speaking further, Ayade condemned those seeking the downfall of the ruling party, saying that such action is demarketing the Buhari administration.

Ayade appealed to Nigerians to keep the APC government in 2023, adding that countries that have made progress had long-term leadership.

“There is a broken corporate personality in this country. Until all those are addressed, we will continue to have this situation and this is why I have moved to the centre; to really add my own strong voice to the credibility and stability of this nation.

“The young people are watching and are seeing that politicians are playing politics with their future. Just look at the newspapers, go to the internet and everything you read about Nigeria is woe. How will you call any investor to come to a country like that?

“When we use our own mouth, our own print media, our own newspaper to demarket the country, I think sometimes I shudder with pain.

“And I will just really wonder if this is the way to go as a nation, particularly when Nigeria represents the growth and the direction of the black man in the world.”