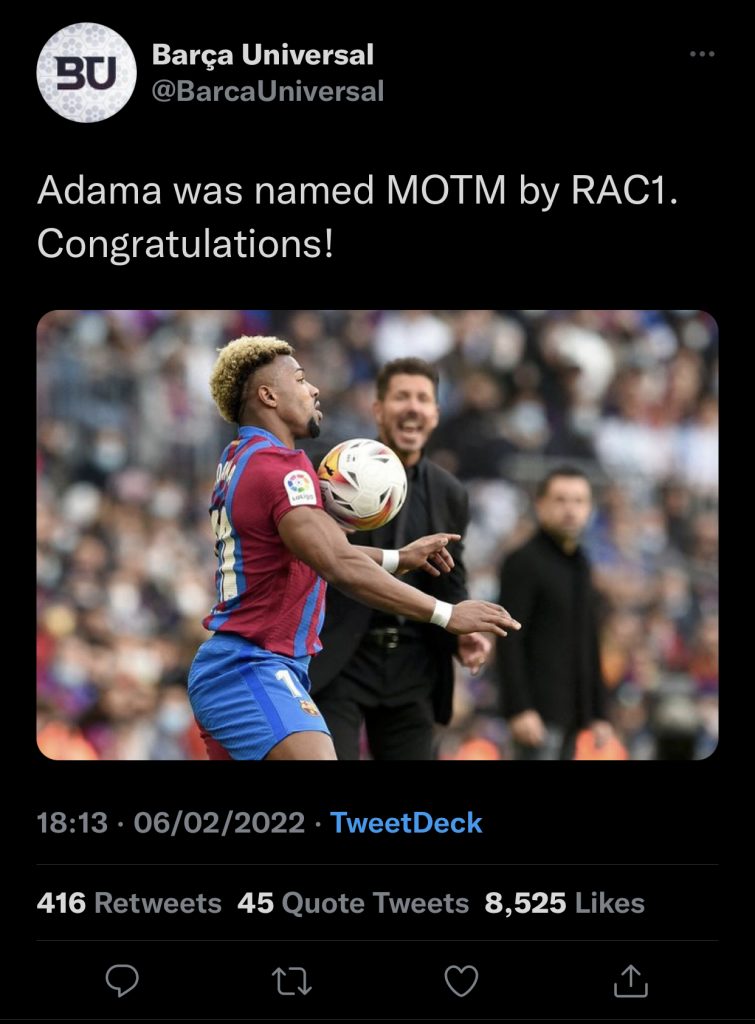 Barcelona and Atletico Madrid are currently locked in La Liga action at the Camp Nou.

The tie is of huge importance for both sides in their respective hunts for a Champions League spot.

And so far, it is Xavi’s men who have the lead in Catalonia.

Atletico Madrid actually took the lead in the tie after just eight minutes via Yannick Carrasco. However, the away outfit’s lead did not last long at all.

Barcelona would equalise just two minutes after the Carrasco goal when Jordi Alba smashed home a lovely effort from a Dani Alves cross.

Barcelona then took the lead in the game 11 minutes later.

And it would be another new Barcelona signing who provided the assist for the second goal.

Adama Traore, brought back to Barca from Wolves during the winter window, burst down Atletico’s left-hand side before teeing up pinpoint cross straight to the head of Gavi, who headed past Jan Oblak.

After Traore set up Gavi for Barcelona’s second of the day, an interesting stat concerning the Spaniard has emerged.

As per Squawka, Adama Traore provided more league assists in 21 minutes for Barcelona (1) than he had done in 20 Premier League games for Wolves this season.

End product has always been the weakest point of Traore’s game, but it appears he could be turning a corner now he is back in Spain.