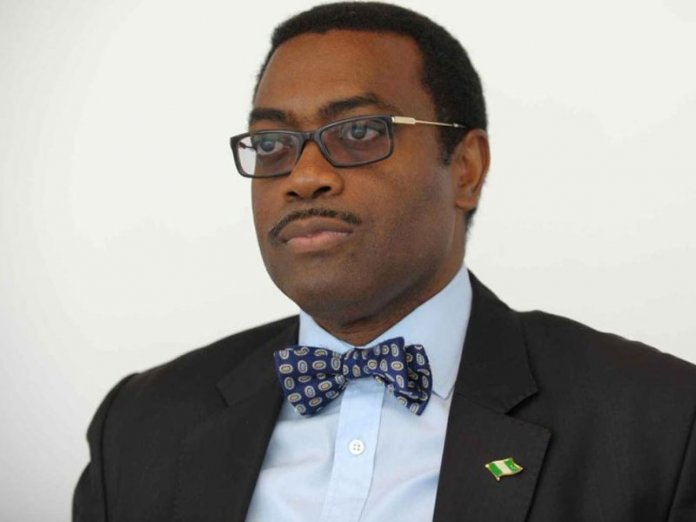 The former Minister of Agriculture made the assertions in a paper titled, “Mobilising Financing for Africa’s Accelerated Economic Recovery, Development and Integration,” which he delivered to African leaders at the 35th Ordinary Session of the Assembly of the African Union in Addis Ababa, the Ethiopian capital, recently.

He said, “It has been a global economic cyclone. Africa witnessed a decline in GDP growth of 2.1 per cent in 2020, its lowest in 20 years. Africa’s GDP fell by $165 billion. Over 30 million jobs were lost and over 26 million people fell into extreme poverty.”

The AfDB boss, however, praised African leaders for their effort to tackle the COVID-19 pandemic.

He stated, “I wish to commend the leadership efforts of the African Union, and our Heads of State and Government, for the critical roles you have played in dealing with the pandemic and the socio-economic challenges in its wake. Today, thanks to these efforts, 11 per cent of the population has been fully vaccinated, and another 16 per cent has been partially vaccinated.

“However, while developed countries have moved to booster shots, Africa is still struggling with basic shots.”

Adesina warned against outsourcing Africa’s security to foreigners, as he stressed the need for Africa to protect African lives by investing in healthcare infrastructure and vaccine manufacturing.

According to him, “We must learn from this experience. Africa can no longer outsource the security of the lives of its 1.4 billion people to the benevolence of others. We must secure African lives!

“Africa needs $600 million to $1.3 billion to meet its goal of attaining 60 per cent vaccine production by 2040. Investing in health is investing in national security. The African Development Bank plans to invest $3 billion to support pharmaceutical and vaccines manufacturing capacity for Africa.

“To address the socio-economic impacts of the pandemic and support economic recovery, Africa will need some $484 billion over the next three years. To eliminate extreme poverty by 2030, the continent will need $414 – $784 billion per year. Africa will need $7-$15 billion a year to deal with climate change. The continent will also need between $68 – $108 billion per year to fix the infrastructure financing gap.”

Adesina said Africa must drastically increase its resource base, adding that with the help of the continent’s leaders, AfDB’s general capital increased in 2019 by 125 per cent, rising from $93 billion to $208 billion, the highest since its establishment in 1964.

He said these resources had enabled the bank to scale up support to African economies to tackle the pandemic.

Adesina said, “The Board of Directors of the Bank approved a Crisis Response Facility of up to $10 Billion. The Bank also launched a $3 Billion Fight COVID-19 Social Bond on the international capital markets, which was the largest ever US-dollar denominated social bond in world history. The Bank provided $ 27 million as grants to the African Centres for Disease Control.

“Over the past six years, the African Development Bank has provided about $39 billion in financing to the continent in support of its High5 priorities to: light up and power Africa; feed Africa; integrate Africa; industrialise Africa; and improve the quality of life of the people of Africa. These High5s are the accelerators for achieving Agenda 2063.”

Adesina assured that with $25 billion in equity, the African Development Fund could leverage up to $33 billion of additional financing for low-income countries.

According to him, the bank requires the support of the leaders to change the article in the charter of the African Development Fund that bars it from going to the market to leverage resources, and this is top priority.

He said the bank was also leveraging private investments into Africa, in innovative ways, stressing, “The Africa Investment Forum, established by the African Development Bank and its partners, has helped to secure investment interests worth more than $78 billion.

He added, “To enhance the security of Africa, the African Development Bank is currently developing Security Indexed Investment Bonds. Proceeds from these bonds, when developed, will support countries and regional economic communities to do four things.

“We must build a better future for our youth. It is time to create youth-based wealth all across Africa. To boost financial support for the businesses of our youth, the African Development Bank Group is exploring with countries the establishment of Youth Entrepreneurship Investment Banks. They will be first rate financial institutions run by the youth for the youth.”