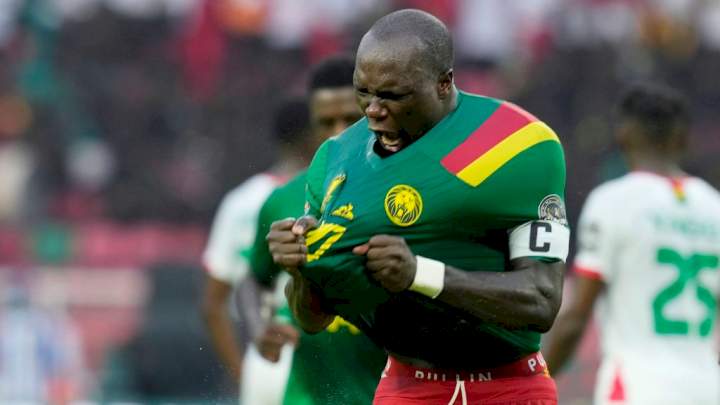 2021 Africa Cup of Nations, AFCON, top scorer, Vincent Aboubakar, is set for a shock move to the Premier League, with West Ham United and Leicester City said to be interested in his services.

According to Fichajes, West Ham United and Leicester City are among the clubs keeping close tabs on Aboubakar following his exploits in the 2021 Africa Cup of Nations, AFCON.

The Cameroonian captain currently plays for Saudi Arabian club Al-Nassr FC but has now emerged as a potential target for West Ham and Leicester.

Both Premier League clubs are said to be closely following the progression of Aboubakar and are expected to make a move in the upcoming summer transfer window.

Aboubakar, who netted eight goals at the 2021 AFCON, enjoyed the best years of his career in Portugal during his time at FC Porto.

The 30-year-old scored 58 goals in 125 competitive appearances while adding 16 assists during his six-year spell at Porto.

The striker left Porto in 2020, joining Besiktas before eventually ending up at Al-Nassr last summer.

Aboubakar scored five goals in 15 league games for Al-Nassr in his maiden season at the club.