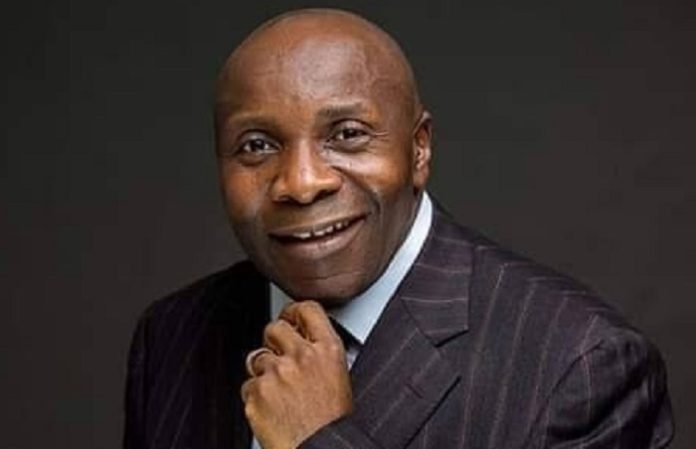 February 08, (THEWILL) – The recent purported endorsement of a serial governorship aspirant, Senator John James Akpanudoedehe, by some self acclaimed stakeholders in the Akwa Ibom state chapter of the All Progressives Congress(APC) has been described as farce and capable of derailing the prospect of the party in the forth coming general elections.

Similarly, members of the party in the state have been advised to discountenance the purported inauguration of Augustine Ekanem as the state chairman of the party, saying, “no such decision was taken and those peddling the lies and falsehood on what transpired in the party headquarters in Abuja, are mare dreamers.”

A statement by a pressure group within the state chapter of the party; Akwa Ibom Progressive Coalition (APC), endorsed by its national coordinator, Otuekong Iniobong John, and made available to THEWILL in Uyo, also warned that the purported inauguration of Mr Augustine Ekanem as the state chairman of the party, if not properly handled was capable of causing disunity among party members.

The statement titled: THAT PURPORTED ENDORSEMENT OF SENATOR UDOEDEHE BY THE APC CHIEFTAINS AT CHIEF DON ETIEBET’s RESIDENCE states: “Ordinarily, we wouldn’t want  to join issues with elderly and eminent personalities whom we hold in high esteem, but it is necessary and urgent we point out fallacious and erroneous impressions consciously or unconsciously created by them in their communique which has caused well meaning members of the party serious embarrassment, at this point in our great party, such desperate act was not expected of anybody in the party.

“As a body within the party, we have vowed not to allow any person(s) or group of persons cause us the electoral calamity we suffered in the 2019 elections. No affliction shall rise a second time.

“We are not against any form of adoption or endorsement in politics nor are we against the communique, using whatsoever nomenclature. Anybody is free to adopt, endorse or come up with a communique for anybody or group of persons and if  anyone is not satisfied with such adoption or endorsement, it is left for such a person of group of persons  to equally organize his/her own adoption and communique. We don’t think there’s a limit to that.

“However, there’s something clearly wrong with this adoption/communique and that’s the lies being told specifically in paragraph 5, which states as follows;

“That we felicitate with Mr. Augustine Ekanem on his inauguration as the state chairman of Akwa Ibom APC on Thursday, 3rd February 2022 by the chairman of the CECPC in Abuja, and also appreciate him for promptly inaugurating other members of the State Executive Committee in Uyo on Thursday, 4th February, 2022.

“The stakeholders wish him and his State Executive members a successful tenure in the pilot of the party affairs in Akwa Ibom state.

“Whereas there was nothing like inauguration of state party chairmen on the 3/2/2022 by the chairman of the Caretaker Committee of the party in Abuja. Nobody, and we repeat nobody including Ekanem took the Oath of Office and Oath of Allegiance on the said date as the chairman of APC Akwa Ibom State and as such Ekanem, cannot assume, niether can he perform the duties of the state chairman of the party (APC) just yet.

“What took place was the issuance of  Certificate of Return to Ekanem and this is on record.

“These are the exact words of Udoedehe on that day and on that occasion. That’s the only thing that took place as carried out by Udoedehe himself. We can safely state that it was a one-agenda event; The Issuance of Certificate of Return.

“Although, the twist was in clear contrast of what was supposed to take place that day as was stipulated in the party time table released earlier.

“On the time table, the inauguration of state chairmen was scheduled for that day. Why and how that changed to Issuance of Certificate of Return, is one big question that has not been answered by the Caretaker Committee and that’s the crux of the matter.

“Something is definitely not adding up. It seems to us that the Caretaker Committee was compelled, forced, coerced or directed to rather issue only Certificates of Return on a day that was meant for inauguration and that’s a story for another day. There was no inauguration and no oath was administered to anybody.

“How the above translates into Ekanem being inaugurated as state chairman to the extent of conveying legitimacy on him to further inaugurate the state Exco is completely unimaginable and unacceptable. This is “iberiberism” apologies to Rochas Okorocha.

“We challenge the promoters of this charade to make public pictures or video clips of  where any state chairman of APC was inaugurated on the 3/2/2022.
If they do, we’ll instantly withdraw this, and tender an unreserved apologies to them, but if the reverse is the case, they are also free to believe their lies

“Chief Don Etiebet and his group of endorsers were expected to work for the cohesiveness and formidability of the party before resuming their business of endorsing candidates.

“They were the same people, who endorsed Obong Nsima Ekere for the 2019 election, but overtly and covertly worked against his candidacy and the APC in the elections.

“Since 2003, Chief Don Etiebet has been in the business of endorsing candidates who never won any election. In 2003, he was the National Chairman of the defunct ANPP. He endorsed the late Dr Ime Umanah in that year’s gubernatorial election and he lost it. In 2007, he endorsed himself for the PDP’s Gubernatorial race after resigning his position as National Chairman of the defunct ANPP. He was one of the 57 persons who were heavily defeated by Senator Godswill Akpabio for the PDP gubernatorial ticket. In 2015, he endorsed Obong Umana Umana and of course, Obong Umana was defeated in that election. In 2019, he assembled his ilks at his residence to endorse Obong Nsima Ekere for the gubernatorial race.
No endorsements by Chief Don Etiebet has ever worked in Akwa Ibom State

“President Muhamadu Buhari and the National Leadership of the party cannot be misled or hoodwinked by such charade by Chief  Etiebet and his group of endorsers.

“When Chief  Etiebet assumed the National Chairmanship of the defunct ANPP, the party had 9 governors, but by the time he defected to the PDP in 2006, the party was left with only 2 governors.That was how well he grew the party.

“Going forward, we want to urge well meaning members of the party to continue to remain calm, resolute and tenacious in their loyalty and commitment to the cause of the party

“Let nobody be distracted, perturbed nor dismayed by such charade. There is no cause for alarm.

“To rescue the party and win the 2023 election, is a task that must be done.”