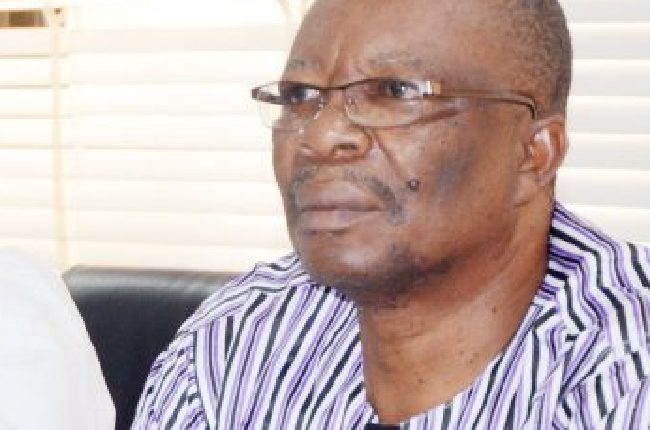 THERE is palpable anxiety among Nigerians, particularly students and parents, over whether the Academic Staff Union of Universities (ASUU) will embark on industrial action as it has threatened to do in the past couple of weeks.

The National Executive Committee (NEC) of the union has been in a crucial meeting since Saturday and till the time of filing this report at 9:00 p.m. on Sunday over the matter.
https://tribuneonlineng.com/anxiety-as-asuu-nec-holds-marathon-meeting-to-review-strike-option/

The meeting is being held at the University of Lagos (UNILAG), Akoka, with the national officers and some elders of the union, as well its leadership at the zone and branch levels in attendance.

The final position will be made public at a yet-to-be scheduled media briefing expected to be addressed by the union is president, Professor Emmanuel Osodeke.
https://tribuneonlineng.com/anxiety-as-asuu-nec-holds-marathon-meeting-to-review-strike-option

ASUU is demanding, among others, full implementation by the Federal Government of an agreement signed 13 years ago and the subsequent Memorandum of Action (MoA).

Up till last Friday, which was the last official working day given as ultimatum by ASUU, there was no fresh response from the government, a development that has created tension among stakeholders, particularly students, parents and even vice chancellors.

Meanwhile, the National Association of Nigerian Students (NANS) has tasked the Federal Government to ensure that the imminent strike by the ASUU is averted, at all cost. In particular, NANS urged President Muhammadu Buhari to show desire to address the various challenges bedeviling tertiary education in the country, by implementing the Memoranda of Understanding (MoU) it reached with the ASUU.

This is just as the students’ body enjoined the ASUU to also cooperate with the Federal Government to seek some compromise rather than declaring another industrial action. Coordinator, NANS SouthWest, Mr Adegboye Olatunji, made this appeal in a statement made available to the Nigerian Tribune.

Adegboye said the appeal became expedient, bearing in mind the adverse effects of another industrial action will make mockery of the nation’s education system. While urging the Federal Government to avert the planned industrial action, in the interim, the students’ body urged the government to meet the UNESCO recommendation of committing 26 per cent of the nation’s budget to education so as to resolve the various challenges facing education in the long run.

The statement read: “Presently, another Academic Staff Union of Universities (ASUU) indefinite strike is staring us in the eye while the bitter taste of 2020 strike is still in our mouth.

“It is critical that President Muhammadu Buhari quickly work and walk the talk over education.

“Most importantly, the imminent ASUU strike must be averted at all cost, while a more sustainable solution be proffered, analysed, adopted and implemented speedily by the presidency.