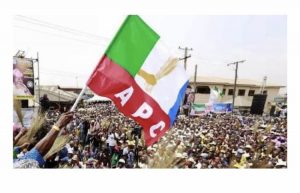 The All Progressives Congress (APC) has announced February 19 as the date for the conduct of the party’s primary election for the Osun 2022 governorship election.

The date was announced in a statement shared on the party’s social media pages on Thursday and signed by the National Secretary, APC Caretaker/Extraordinary Convention Planning Committee (CECPC), Sen. John James Akpanudoedehe.

The statement also contained details of the APC revised timetable and schedule of activities for the conduct of the 2022 Governorship Primary Election in Osun State.

The party announced that governorship forms will cost ₦22.5million broken down as ₦20 million for the nomination form while the expression of interest form costs ₦2.5million.

However, female aspirants and physically challenged aspirants are to pay 50% of the prescribed fees.

The party statement reads in part: “In accordance with the provisions of the Electoral Act 2010 (as amended) and the Independent National Electoral Commission (INEC) guidelines, the All Progressives Congress (APC) has released a revised timetable and schedule of activities for the conduct of the 2022 Governorship Primary Election in Osun State.”

Meanwhile, a lawmaker who represented Yobe South Senatorial District in the National Assembly, Senator Mohammed Hassan, has decamped to the ruling All Progressives Congress (APC).

Naija News gathered that Hassan, who was a staunch member of the opposition Peoples Democratic Party (PDP), dumped the party on Wednesday in Abuja.