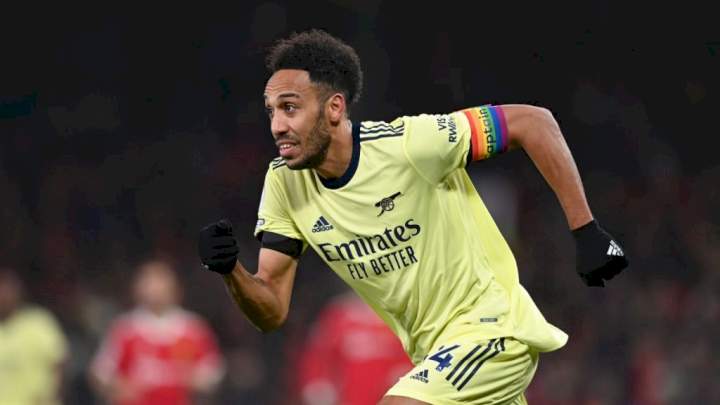 Arsenal on Tuesday sent a message to Pierre-Emerick Aubameyang to wish him all the best in his career.

The Premier League club also thanked Aubameyang for his contribution at the Emirates.

Arsenal said this while confirming in a statement that the Gabon captain has left the Gunners by mutual agreement.

Recall that Aubameyang sealed a move to Barcelona on transfer deadline day, but the buildup to the deal was full of drama.

“Auba has been our captain for the past two-and-a-half seasons and made 162 appearances, scoring 92 goals in all competitions.

“We wish Auba all the best for the next chapter in his career and thank him for his contribution to the club.”