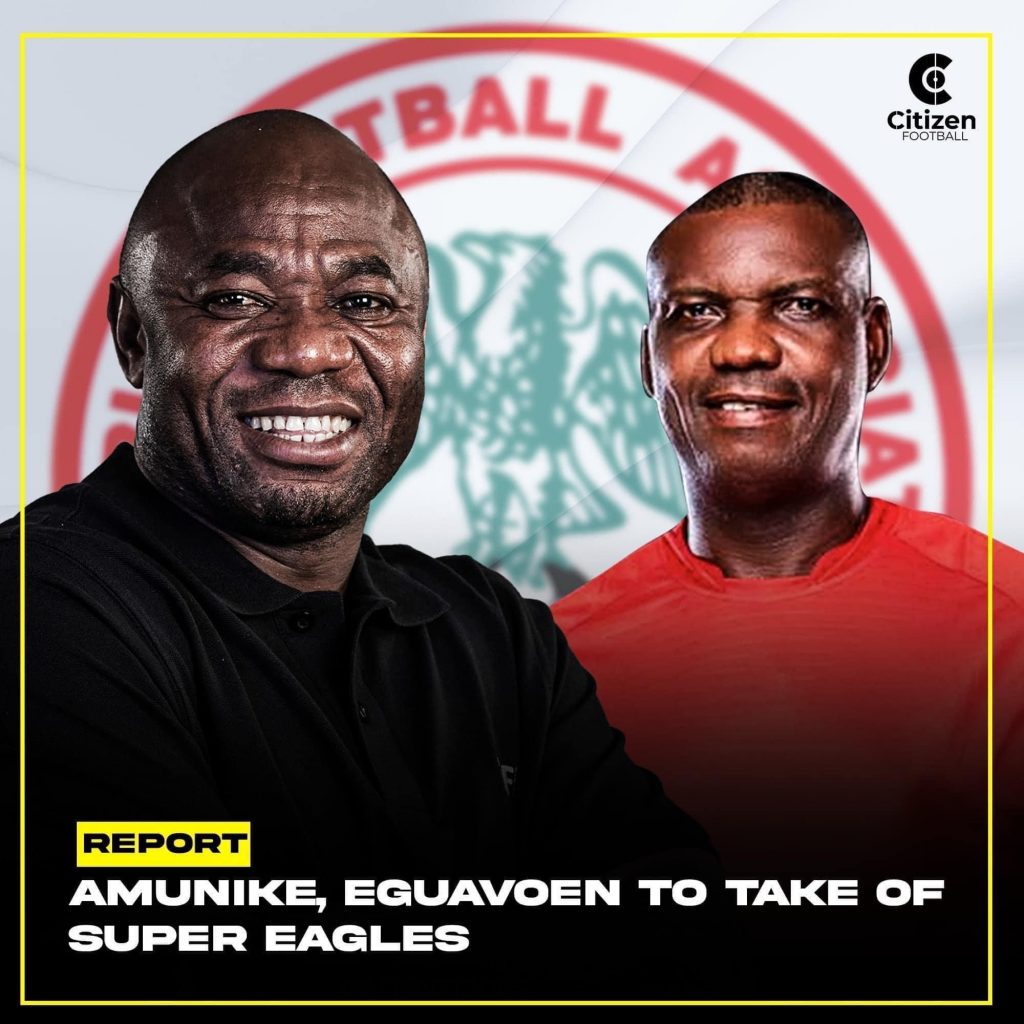 Eguavoen gets two-year contract, Salary to be increased from N3m, NFF discards Peseiro.

The Nigeria Football Federation (NFF) has finally settled for its Technical Director, Austin Eguavoen, as the substantive coach of the Super Eagles with former international, Emmanuel Amuneke, as his assistant.

Daily Sunsports exclusively gathered that the choice of both Eguavoen and Amuneke was arrived at a meeting between the Minister of Youth and Sports Development, Sunday Dare and officials of the NFF, yesterday, in Abuja.

According to our impeccable source, the Minister nullified the planned appointment of Portuguese Jose Peseiro and ordered the immediate draft of Eguavoen and Amuneke to the Super Eagles.

Also, the meeting agreed to give Eguavoen a two-year contract with an improvement on his salary from the present N3 million, although the source did not disclose the new salary.

The development comes after Eguavoen’s ‘impressive’ performance at the 2021 Africa Cup of Nations, where he led the Super Eagles to hundred percent performance in the group stage before crashing out in the round of 16 to Tunisia.

Already, the Nigeria Football Coaches Association (NFCA), through its president, Isah Ladan Bosso, had queried the appointment of a foreign technical adviser for the Super Eagles, stating that no foreign coach had ever won a World Cup in the history of the competition.

Bosso said with equal welfare and a good atmosphere, the Nigerian coaches can do better than their foreign counterparts because they understand the playing culture of Nigeria.

Also, scores of Nigerians, including renowned coach, Adegboye Onigbinde, had called for the retention of Eguavoen as the Super Eagles technical adviser.

Chief Onigbinde argued that if Eguavoen, with just about a month to the start of the AFCON, could come up with the performance in Cameroon, he should be encouraged to continue with the team.