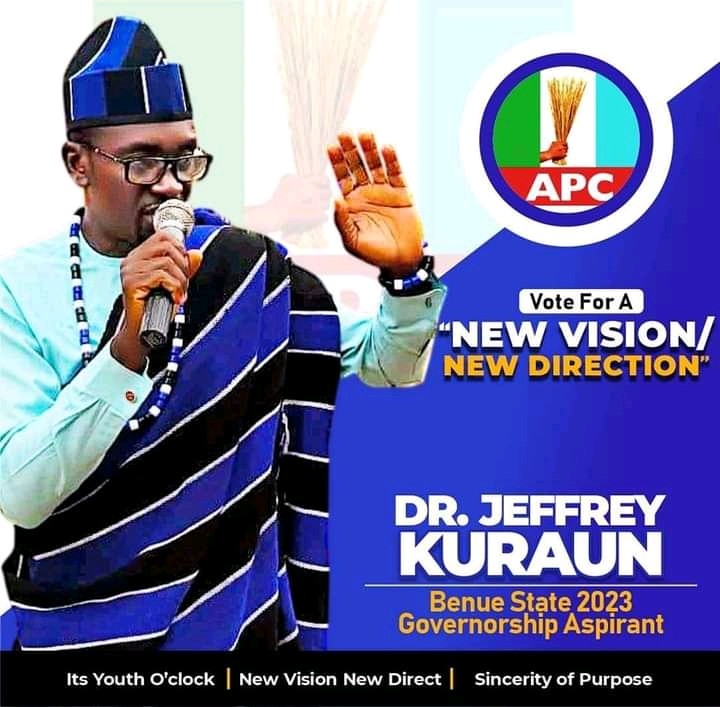 A former Member of the Benue State House of Assembly, Hon. Hemen Joseph Boko today led thousands from his former party, the People’s Democratic Party to the All Progressives Congress, APC at the ACC Play Ground, Adikpo.

Receiving the defectors, the leader of APC in Benue State and North-Central Nigeria, the Hon. Minister of Special Duties and Intergovernmental Affairs, Sen. Dr. George Akume said the new APC members have made a wise decision by dumping PDP which has brought unbearable suffering to the Benue people.

Sen. Akume pointed out that the APC-led government under the leadership of President Muhammadu Buhari has delivered on its promises to Nigerians and indeed the Benue people, saying it was enough reason for the people to join and drum support for the party ahead of 2023.

The former Governor of Benue state lamented the failure of the Ortom led PDP administration to provide basic infrastructure and his inability to pay workers salaries, pension and gratuity adding that rather than taking credit for his abysmal performance, the Governor at every given opportunity hypocritically takes delight in pointing accusing fingers at president Buhari who has made everything available for him.

Sen. Akume stated particularly that the people of Kwande have no business being in the PDP because the local government has not fared any better under the current PDP led administration in the state.

In his speech, Chairman of the occasion and 2023 Governorship aspirant, Chief Stephen Lawani said the coming of Hon.Joseph Boko and his teaming supporters into the APC has brightened the chances of the party while the state APC.

In his remarks APC State Chairman, Comrade Austin Agada assured the defectors of equal opportunities in the party.
He urged the people to demand accountability from the Ortom PDP led administration in Benue. Agada also added that it is time for the people to rise up and reclaim their state by voting for the APC in 2023.

Others who spoke including the Guest Speaker, Chief Terlumun Akputu and Barr.Mike Aondoakaa SAN all expressed hope that with the defection of the PDP chieftains into APC, PDP was dead in Kwande.

Speaking on behalf of the defectors Hon. Hemen Boko attributed their decision to dump the PDP to the inability of the Ortom led administration which is controlled by the party to solve the basic challenges facing the people of Kwande adding that the only visible presence in the area is provided by the APC government at the centre.

Elder Barr. Vincent Uji on his part commend the resolve of the defectors to join the APC and team up with Sen. Akume to develop the state.

The event was attended by APC Aspirants, Critical Stakeholders and Party members.