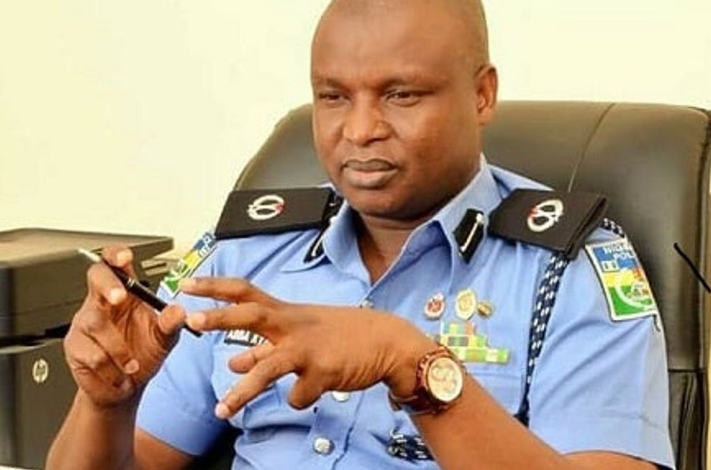 Footage of Popular Police officer, Abba Kyari offering bribe to an NDLEA agent to facilitate the release of some seized drugs has emerged.

POLITICS NIGERIA earlier reported that Kyari, who is also facing a possible extradition to the United States of America after being declared wanted by the FBI for Fraud, was mounting pressure on the NDLEA agent to release the drugs to him.

Kyari, who has since been declared wanted by the Drug Agency, has been discovered to be a member of a transnational drug ring. A statement by the NDLEA on Monday read;

“The saga started on Friday, January 21, 2022, when DCP Kyari initiated a call to one of the NDLEA officers in Abuja at 2:12 pm. When the officer returned the call two minutes later, Kyari informed him he was coming to see him, to discuss an operational matter after the Juma’at service.”

“He appeared at the agreed venue of the meeting with the officer and went straight to the crux of the matter. This was it: His team had intercepted and arrested some traffickers that came into the country from Ethiopia with, according to him, 25kg of cocaine.”

“He proposed a drug deal whereby he and his team are to take 15kg of the cocaine and leave 10kg for the prosecution of the suspects arrested with the illicit drug in Enugu. In the meantime, the purloined cocaine will be replaced with a dummy worth 15kg.”

“He asked the NDLEA officer to persuade men of the FCT Command, to play along as well.”

“By 11: 05 am on Monday, January 24, after the Agency gave the officer the green light to play along, he and Kyari began a WhatsApp call for the rest of the day. The officer conveyed “their” willingness to play the game.”

“At this point, Kyari disclosed that the 15kg (already taken out) was shared between the informants that provided information for the seizure and he and his men of the IRT of the Nigerian Police. According to him, the informants were given 7kg while his team took 8kg which was already sold.”

“He then offered to pay the NDLEA team (that is the officer and the FCT commander) by selling, on their behalf, half of the remaining 10kg, thereby further reducing the original cocaine for the prosecution to just 5kg.”

The statement further disclosed that Kyari arrived abuja and met with the agent.

“He also brought with him the money from the sale of the 5kg share of the NDLEA team, a total of $61, 400. Our officer, however, preferred to take the money inside his car. Well, the car was wired with sound and video recorders. And the moment was documented, part of which I will play for you at the end of this Briefing.”

Watch the video below;