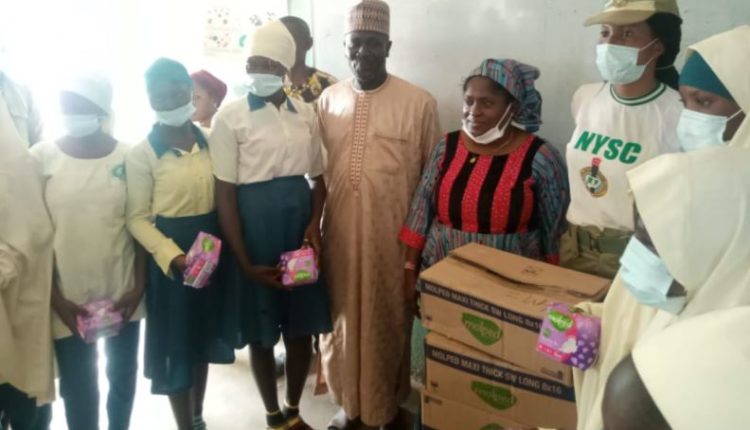 BAUCHI – Cynthia Obasaili, a National Youth Corps member serving with the Divine International Secondary School in Bauchi State, has trained no fewer than 100 female students on menstrual and personal hygiene as part of her Community Development Service (CDS).

Speaking after the exercise, the Bauchi State Coordinator of NYSC, Alhaji Namadi Abubakar, commended the corps member for imparting knowledge to the youths, calling on other corp members serving in the state to emulate her passion, hard work and commitment to serve her nation.

Represented by Mrs Gbemisola Salami, Assistant Director, Community Development Service (CDS), Abubakar said that corps members are expected to make their host communities better than how they met them just as he urged the students to utilize what they had learnt to benefit themselves and impart the knowledge on their friends and family.

He said that the CDS project was one of the cardinal programmes of the scheme which is used as a yardstick for the giving of State awards and even employment in the future.

The Coordinator said the scheme encouraged corps members to initiate projects of their choice that would make a positive impact on the lives of people in their host communities.

Speaking earlier, the Corp member who is a Batch A with registration number BA/21A/2040, said that what motivated her to carry out the project, was based on her passion to make a positive impact in the lives of young girls.

“When I came to Bauchi, I looked around to see where I could come in as a corper, to see how I can make an impact. I don’t believe in a society that is just only about giving me but I believe in trying to make an impact in society too.

“I looked around and saw the way young girls who are living without knowing the true meaning of personal hygiene and even when they are seeing their menstruation, they feel disgusted about it.

“I had to come up with this project in order to encourage them to feel good about their personalities as females and to also teach them how they can take care of themselves during or after menstruation as well as how to use sanitary pads,” she said.

Obasaiki, however, revealed that the cost implications of her personal project was N60,000.

In his remarks, the school principal, Mr Shehu Balteh, appreciated the corps member for executing such an educative project and urged the students to put in practice what they have learnt.