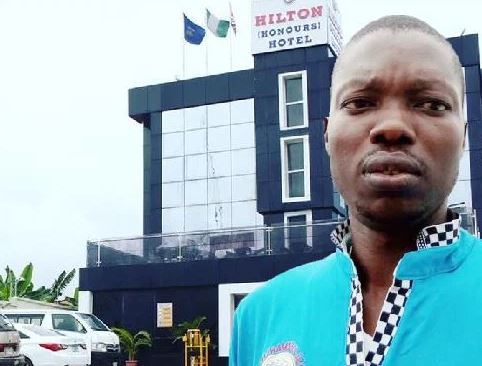 The remains of Timothy Adegoke, the Masters student of the Obafemi Awolowo University (OAU), who was murdered inside Hilton Hotel in Osun State, has been handed over to his family members for burial today January 28.

Mr Adegoke died from severe bleeding due to traumatic injuries he was allegedly sustained inside the hotel where he lodged.

His remains were handed over to the family by the authorities of the UNIOSUN Teaching Hospital in Osogbo and the body was on Friday afternoon taken to his hometown, Eruwa, in Oyo State.

He will be buried in Eruwa on Saturday, January 29 after a candlelight procession which will hold later today.

Adegoke traveled from Abuja to Ile-Ife to write an examination at Moro, a campus of the university and lodged at Hilton Hotel and Resort before he was declared missing and eventually found dead.

Five workers of the Hotel and its owner, Chief Rahman Adedoyin were arrested in connection with the matter and are currently detained at the Osun police Command headquarters, Osogbo.