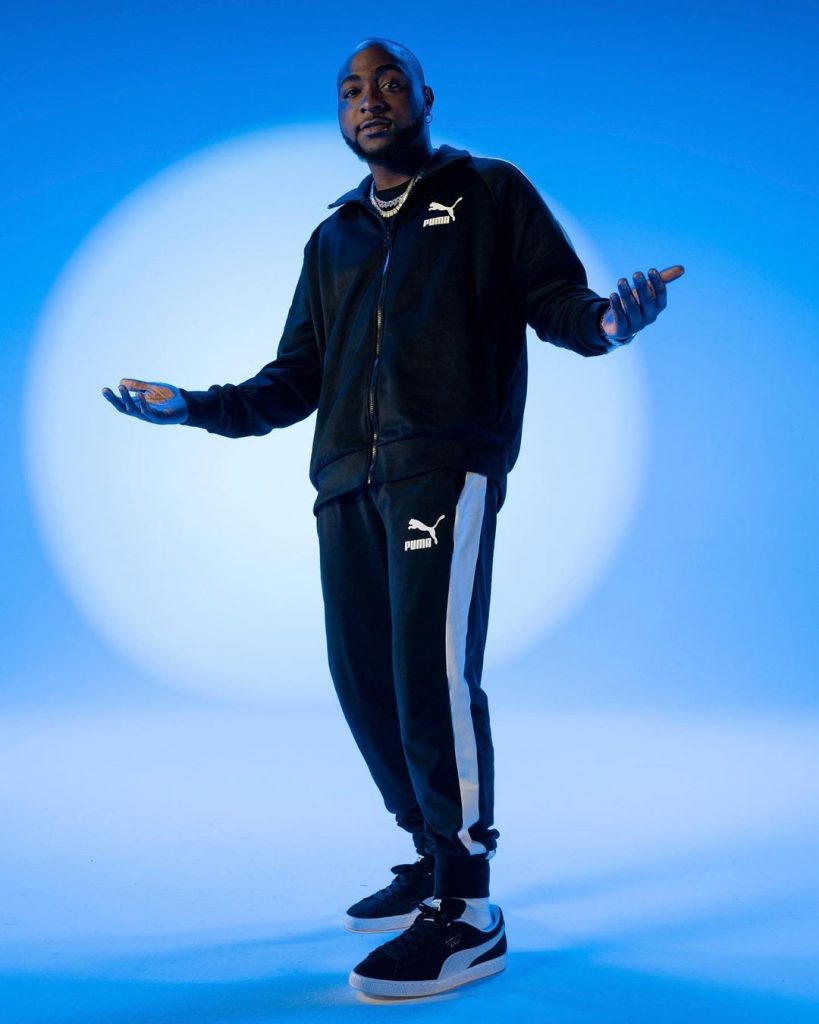 Puma should establish a fashion line for Davido, according to a fan named @SameOldRexx.

The fan wrote: ”I was hoping they would create a limited edition 30BG line for him. Would’ve been crazy.”

Davido responded by revealing that it is already in the works; ”It’s coming @puma,” he tweeted.