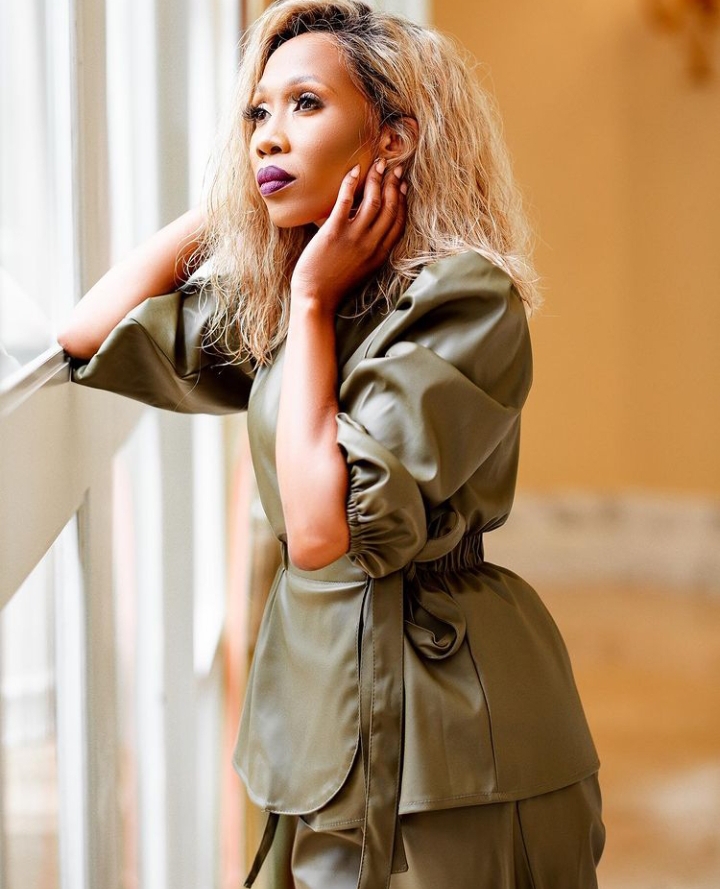 Dineo Ranaka Shares How She’s Been Keeping Her Anxiety Controlled

Media star, Dineo Ranaka has shared how she’s been keeping her anxiety under control.

If you were Dineo Ranaka, you’re bound to feel some type of way every now and again. The popular radio star was recently suspended by Metro FM for misconduct. She was filmed dancing on some the furniture for the “Umlando Challenge” and the channel would not have it.

It seems Dineo has been spending a lot of her free time at home. She recently took to social media to reveal how she’s been comforting herself and keeping her anxiety under control. She shared a tee she wears to “remind myself that I’m ok”.

She called it her “anxiety apparel”, and told her followers that it’s for them too. She also revealed in the post captions that the “greatest battle is the mental battle to keep out ANXIETY UNDER CONTROL”. It is unclear if the tee and sweaters will be going on sale.