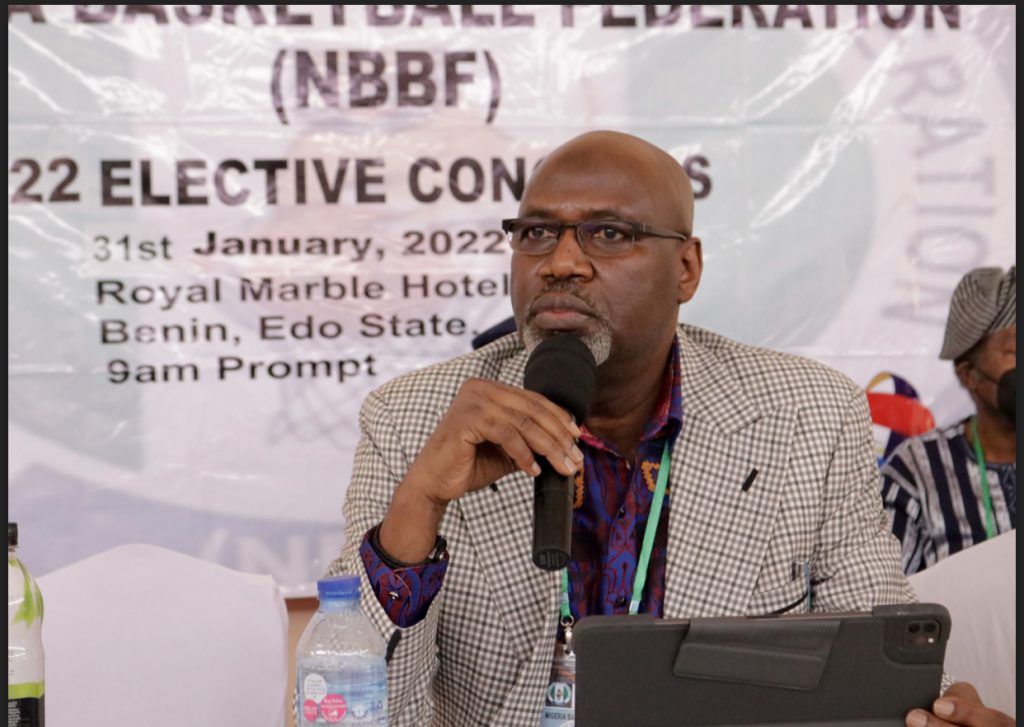 After the conclusion of the Nigeria Basketball Federation Elective Congress in Benin City, the leadership of the NBBF is determined to build a domestic league structure that will reflect the immense potentials that abound in Nigeria.

Entertaining questions from journalists, Engr Musa Kida who was unanimously returned as the NBBF’s president said the symbolic election heralds a new dawn with the domestic league at the centre of the board’s plan.

“One of our biggest tasks is to look at what we have done in the last four years and build upon them with a focus on the domestic scene.”

With no legal distraction in the horizon stopping any of the domestic leagues from being organised, he assured that the board is ready to ensure that the Men and Women leagues are up and running in no time.

“We are hoping that all these stakeholders will come on board so that together we have a very enviable domestic league.”

Reflecting on the electoral process, the newly elected president said, “We are all conscious of the fact that Nigerian basketball history has been made today. Nigerian basketball election into its federation was conducted in the most democratic way with 27 states out of the 36 and the Federal Capital Territory present”.

“It was done according to the congress’s approved constitution by Federation of International Basketball Associations (FIBA), Nigeria Olympic Committee (NOC) and fully domiciled with the Federal Ministry of Youth and Sports. So, this gives the most positive in the history of basketball in Nigeria.”