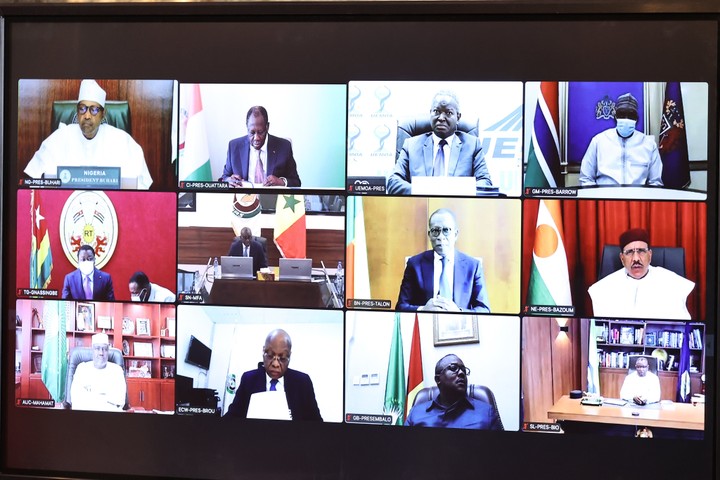 West Africa’s main regional bloc on Friday suspended Burkina Faso from its governing bodies in response to this week’s military coup and decided to send a delegation to the capital Ouagadougou, two diplomatic sources told Reuters.

It was not immediately clear what other sanctions the 15-member Economic Community of West African States (ECOWAS) might have decided to impose during an emergency summit held by video conference.

ECOWAS has imposed a range of sanctions on Mali and Guinea over the past 18 months in response to military takeovers, including asset freezes against junta leaders and their families, border closures and suspensions of financial transactions.

Burkina Faso’s military ousted President Roch Kabore on Monday, blaming him for failing to deal with rising violence due to Islamist militants.

The coup leader, Lieutenant Colonel Paul-Henri Damiba, said on Thursday that Burkina Faso would return to constitutional order “when the conditions are right”.

ECOWAS is also calling for the new junta to release ousted president Roch Marc Christian Kabore and other officials detained during Monday’s coup, the source said, adding that the bloc would hold another summit in Accra on February 3.