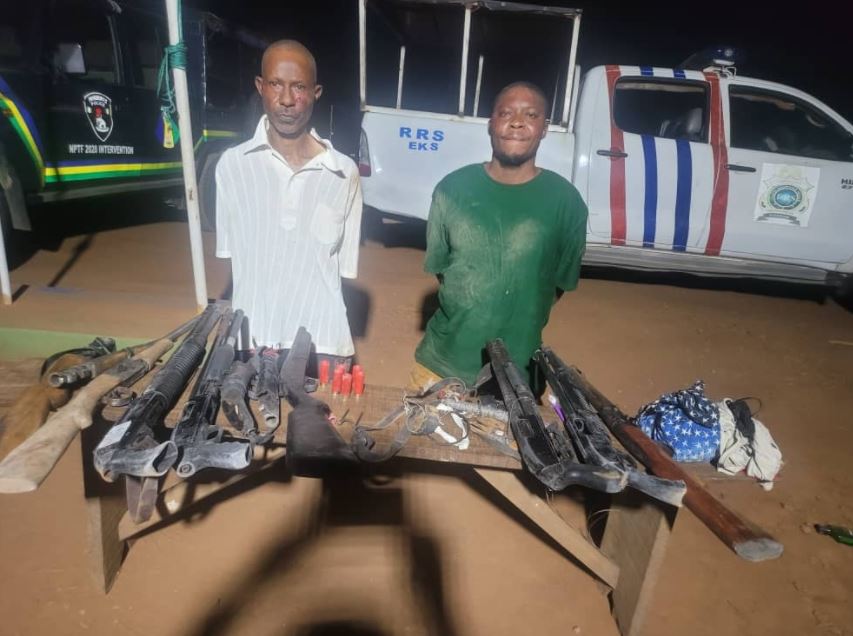 Two suspected political thugs have been arrested by the police in Ijero-Ekiti, Ijero Local Government Area of Ekiti state.

They were in possession of dangerous weapons and local charms when they were apprehended.

The suspects were reportedly heading towards Ado Ekiti as the All Progressives Congress and the Peoples Democratic Party were holding their primaries ahead of the forthcoming state governorship election.

The arrest came barely twenty-four hours after about 105 thugs were nabbed by military men at Itawure-Ekiti, on their way to the state allegedly for the Wednesday’s governorship primary of the People’s Democratic Party (PDP)

Spokesperson of the command, ASP Sunday Abutu in a statement on Thursday said the thugs were arrested on Wednesday evening in a Toyota Hiace bus.

“On 26th January, 2022 at about 1830hrs, the operatives of Ijero Divisional Police Headquarters on patrol led by the DPO sighted a Toyota Hiace Bus parked by the roadside conveying about twelve hefty men suspected to be thugs,” the statement said.

“The Police operatives advanced toward the suspected men and on sighting the Police, they abandoned their bus and fled into a nearby bush. The operatives however, gave them a hot chase and arrested two of them.

“The arrested suspected thugs have been transferred to the State Headquarters for further investigation.” the PPRO added.