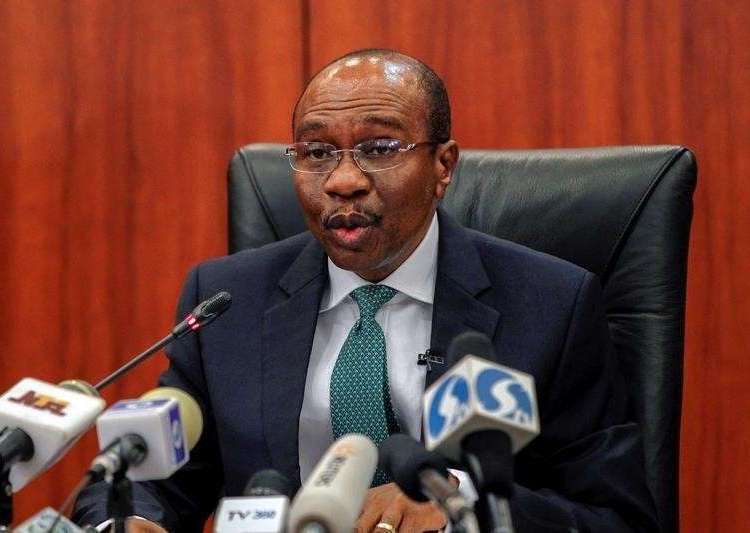 A group under the aegis of Friends of the Governor of the Central Bank of Nigeria (CBN), Godwin Emefiele, has said people, especially in the political cycle who are afraid of his outstanding achievements and integrity, are sponsoring negative reports against him to spoil his reputation.

This follows media reports on the purported interest of the CBN governor in the 2023 presidential race.

The group said the mere rumour that Emefiele was going to contest the 2023 presidential has led to stampede by interested parties and vested interests whom, it said, had resorted to all sorts of blackmail, sponsored articles and choreographed comments on social media targeted at tainting Emefiele’s image in order to impugn his character and legacy.

“Clearly, the negative attacks are being sponsored by those who see Emefiele as a major threat to their political ambition,” the group said in a statement entitled: Who is Afraid of Godwin Emefiele? He’s Not Even Sneezing and They Are Catching Cold!

The group expressed worry that the negative campaigns are high even as Emefiele has not confirmed to anyone that he is running for president, even as it said he has been under pressure in the past few weeks as different groups have been putting up unsolicited campaigns for his candidacy.

The Friends of Emefiele said those behind the sponsored negative reports are afraid of Emefiele’s towering personality and service to Nigeria “but they must understand that he cannot be stampeded anyway.”

Urging those behind the smear campaign to desist from it, the group said Emefiele is focused on delivering the mandate of the Central Bank, rebuilding the economy of the country through import substitution policies and using agriculture to create a new rural middle class from ground up.

The friends of the CBN governor said when they met with him to clarify his position on the 2023 presidential contest, his response was that he remains focused on his job and will continue supporting the Muhammadu Buhari-led federal government’s economic recovery drive.

They described the media campaign against the CBN boss as utter falsehood being peddled by blackmailers and political jobbers who see Emefiele as a threat to their ambition.

The group underscored Emefiele’s milestones at the Central Bank as some of the things that should be appreciated by everyone instead of criticising an achiever who is leading the implementation of impactful interventions in the various segments of the nation’s economy.

For instance, the group pointed to the CBN’s N100 billion health sector credit facility for operators in the sector; one-year extension of a moratorium on principal repayments for CBN intervention facilities; reduction of the interest rate on intervention loans from 9 percent to 5 percent; strengthening of the Loan to Deposit ratio policy (i.e. stepped up enforcement of directive to extend more credit to the private sector); creation of N400 billion target credit facility for affected households and small and medium enterprises; and granting regulatory forbearance to banks to restructure terms of facilities in affected sectors as some of the Emefiele-led interventions to reposition the economy.

According to the group, one issue the critics have continued to raise is the issue of the rice pyramid which was recently unveiled in Abuja, “but these arm-chair critics have failed to understand that through the Anchor Borrowers’ Programme (ABP), an initiative that was introduced by the Emefiele-led CBN, the lives of a lot of rural farmers have been transformed.

“The rice pyramid, which had taken place previously in Minna, Kebbi, Gombe, Ekiti and Abuja, showed how Emefiele has used agriculture to support the federal government’s war on insecurity. The rice pyramids were built bag-by-bag in all the states the programme had been launched since December 2020, when it was first launched in Minna, Niger State.”

The programme held last month to unveil the world’s largest rice pyramid in Abuja was also an initiative of the Rice Farmers Association of Nigeria (RIFAN).

On the other hand, they pointed to the CBN’s Anchor Borrowers’ Programme that has been described as a major agricultural breakthrough and a source of pride to the country, as farmers, especially rice farmers, have continued to count gains under the scheme.