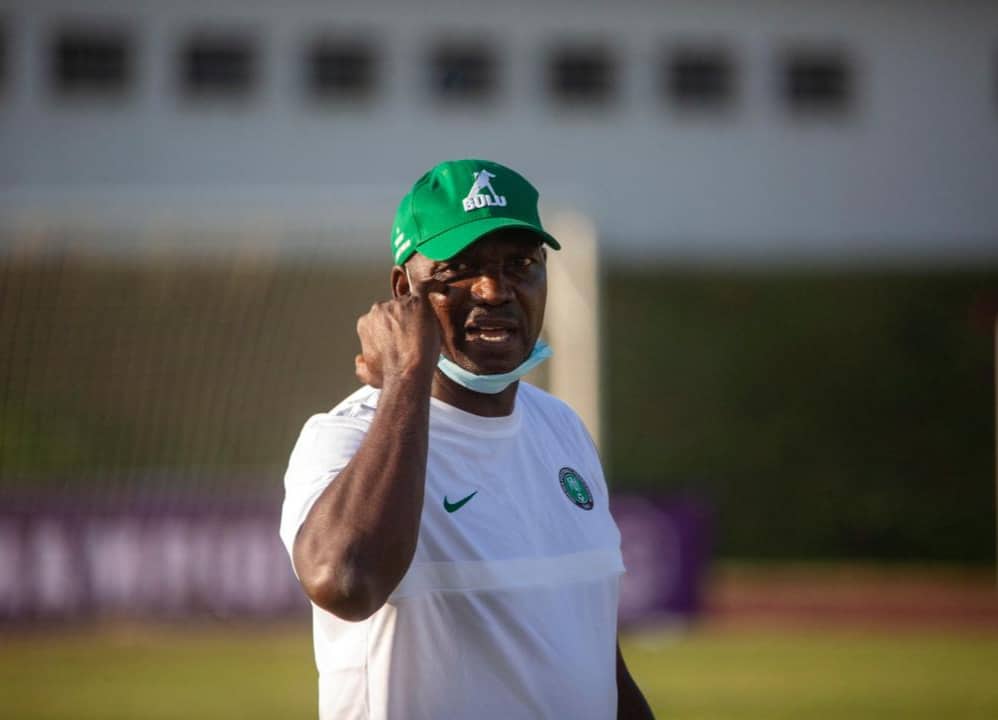 Former Nigerian midfielder, Henry Nwosu believes the interim coach of the Super Eagles, Austin Eguavoen has the technical and tactical capability to edge out the Black Stars of Ghana in the 2022 World Cup playoff.

Nigeria are seeking to qualify for the World Cup a seventh time and, since 1994, have missed only one of seven editions. The last of three appearances by Ghana was in 2014.

Both legs will be played between March 21 and 29 with the aggregate winners securing a place at the 2022 World Cup in Qatar.

Recall that the Super Eagles crashed out of the ongoing 2021 Africa Cup of Nations after losing 1-0 to Tunisia in the Round of 16 while Ghana were eliminated from the Group Stages without a win.

However, in a chat with Completesports, Nwosu stated that Eguavoen has the technical and tactical know-how to overcome Ghana in the final playoff.

“I have never doubted Eguavoen’s technical and tactical know-how in the round leather game. I really think he has done a good job with the team despite their ouster from the AFCON tournament,” Nwosu, a former member of the Green Eagles that won 1980 AFCON told Completesports.

“It is in this regard I believe he has what it takes to overcome the Black Stars of Ghana for a slot in the 2022 World Cup playoff.”