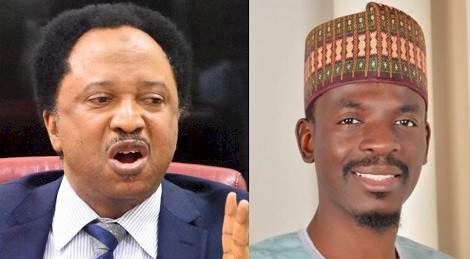 The Personal Assistant on New Media to President Buhari, Bashir Ahmad, has chided Senator Shehu Sani, for kicking against the decision of the Benoinise government to elongate the detention of Yoruba nation activist, Sunday Igboho.

LIB had earlier reported that Igboho’s detention has been extended by six months.

Reacting to this development via his Twitter handle, Senator Sani wrote

”I don’t support Igboho’s separatist ideas and activities in anyway, but the reported extension of his detention by six months is inhuman and condemnable.”

Bashir spotted Senator Sani’s comment and responded, asking the former lawmaker to go to Benin to stage a protest.

”Go to Cotonou, mobilize and take the streets Distinguished Senator, that will make your call to be heard clearly by them.”