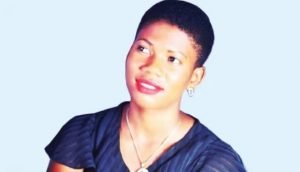 In an interview with Sunday Scoop, she noted that her experience in the jungle was indeed a tough one.

A young Nigerian woman, Chidimma Okeibe recently emerged as the last female contestant to be evicted from the Gulder Ultimate Search (Season 12) and though she did not win the competition, she got a cash prize of N3.5m as the ‘ultimate woman’ and ‘last woman standing’ on the show.

In an interview with Sunday Scoop, she noted that her experience in the jungle was indeed a tough one.

According to her, she shed tears on the day she ate an uncooked potato in the jungle. She said, “We had food items but it rained and our matchsticks got wet. There was no way we could light a fire to cook.Meanwhile, on that day, we still had tasks in the afternoon. So, we were just looking for a way to survive and there was no garri for us to manage as usual. That morning, I had to eat raw potato. That was actually the worst day of my life in the jungle. As I was eating the raw potato, I was crying and I asked myself, who sent me to partake in the reality show?”

Recounting other challenges she faced in the jungle, Okeibe said, “The experiences I had were both sweet and bitter. The sweet part was that for the first time in my life, I had to experience nature in its real form. Before, I also could not stay a day without my phone. I actually lost count of the days we spent in the jungle. Sometimes, we used the weather to predict the time. The hard part was sleeping on a hard wooden floor, as well as having one’s bath without toiletries or applying body cream. It was also tough eating the worst meal of my life without oil or salt. On many occasions, I woke up with body aches, yet I would still have to go for tasks.”

Asked what motivated her to take part in the show, Okeibe said, “My passion for the show made me participate in it. Having watched it for years, I had always told myself and everyone around me that I would someday be a part of it. That zeal had always been there.”

On how she felt being the last woman to be evicted from the show, she said, “I feel so good and proud of myself. I knew the state of my finances before I went for the show. Sometimes, I beat my chest and say, ‘Chidimma I am proud of you’.”