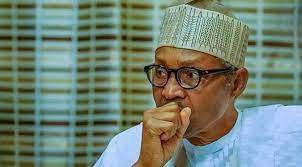 A popular singer in Northern Nigeria, Haruna Abdullahi Aliyu, has said that he regrets supporting Muhammadu Buhari to emerge as the President of Nigeria.

Aliyu sang the President’s praises during the 2015 and 2019 general elections.

In a now-viral video, Aliyu said he regrets campaigning for the President as he has ”failed Nigerians.” He decried the handling of the country’s security challenges amid high cost of living, particularly for the ordinary citizens.

“I deeply regret singing support songs for President Buhari because he’s failed Nigerians. He has not kept his campaign promises.

I swear to God I regret supporting him (Buhari) on a number of issues badly handled by his administration. Of course, one may not regret everything but I regret anyway.

I regret because we supported him based on his assurances that he was capable of tackling insecurity, corruption and bad economy.

As it is, the president has failed and hugely so. It is regrettable to have believed him this much”