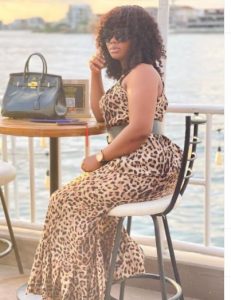 The reality star made the confession on Twitter as she revealed that she swings both genders.

“Former Big Brother Naija ‘Shine Ya Eyes’ housemate, Tega Dominic has made a shocking revelation on her Twitter page.

Speaking about her personal life, the reality star confessed that she swings both genders.

She also added that people have not met the real her.

Sharing photos of herself, the mother of one captioned it; ”The real met you haven’t met, a perky hot jolly good fellow also showing off my new look, I swing both ways.