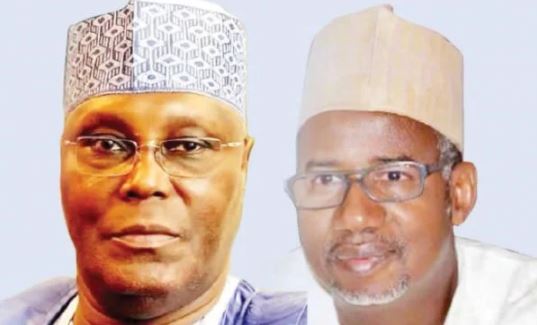 Bala Mohammed, the Bauchi State, Governor, has said he told former Vice President, Atiku Abubakar, to allow him contest the presidency because he is old and fatigued with Nigeria.

He said this in his speech while receiving the report of a Contact and Consultation Committee which he established for his presidential ambition which held on Friday at the Old Banquet Hall of the Government House, Bauchi.

SUNDAY PUNCH reports that the Committee, headed by Senator Adamu Gumba, which was inaugurated 15th August, 2021, visited 16 northern states where it interacted with various stakeholders in those states.

Mohammed said, “I am aware that even in Bauchi, people are divided, my elder brother, Bala Hadith, had the courage to tell me that people of Bauchi don’t want me to go to the center and I appreciate him. This is because this is the opinion of Bauchi which is the appreciation of what we are doing together. Bauchi can be better if I’m at the center.

“But certainly, we have to manage the two together (Bauchi and the Presidential campaign). I told my younger brother and my colleague (deputy governor) that he should not be happy to send me forth so that he will take over the governorship, I will do the two together.

“One of my brothers, a formidable and astute politician, Matawalle Sokoto (Aminu Tambuwal) did it before, so we are going to also test it. And I will not give (the governorship seat) to hold forth, such a big man, he will not give me back when I come back, but if he will give me, I will give it to him.

“There is no need for us to be greedy; of course, my presidency will not cause division. You can see that at the heat of the time that my elder brother, Malam Adamu was going round, we invited our elder statesman, the one that we respect so much, the Waziri Adamawa (Atiku Abubakar), we named a road after him.

“We invited him to Bauchi and we interacted and I told him that in this game, I know he’s the most senior, he’s very qualified but because of his age and fatigue that he has suffered so much for Nigeria, he should allow his younger brother to be his spare tyre not to take over just like that. But if Nigerians prefer him, I will support him. I am not too desperate but he should know that Nigerians like me too. And whatever he wants, I will do it for him, so this is our agreement, he has the highest respect from me.”

The former minister of the Federal Capital Territory said that Nigerians are disillusioned and in poverty adding that the selection process is one of the problems in the country.

“Reward system has never been so poor, politics is not the winner takes all. Even before we come in, we will make sure that there is complete redistribution of the national resources. There must be equitable distribution; nepotism should be done away with. We have so many positions other than the presidency which will make all the federating entities to be happy.

“It will not just be the group of Bala Mohammed, we will change the narrative, we will make sure we get the best and those people that that will be going back to their micro-constituencies to drop something. Not those kind of people we have today that are sitting in Abuja, we don’t see them. We have to change the governance, the selection, the distribution, the mannerism and the reward system, this is how we need to do it.

“I am happy that I see so many people joining the PDP because that is where the hope is. We should be able to come into politics with hindsight of mandate from the people,” he stated.