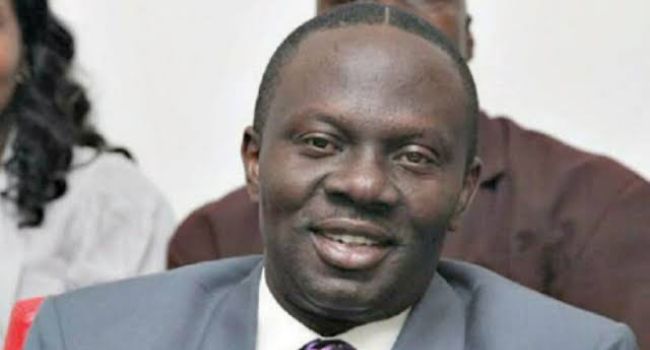 Kassim Afegbua, a former spokesman to former military Head of State, General Ibrahim Babangida has has lambasted the 2019 Peoples Democratic Party (PDP) presidential candidate, Atiku Abubakar over comments that there was no zoning of political positions in the Nigerian Constitution.

Afegbua, a former Commissioner of Information in Edo State, while reacting to Atiku’s comments, advised him to “speak the truth in respect of zoning as enshrined in the constitution of PDP.:

Atiku, a former Vice President who is currently eyeing the 2023 presidential election, had, on Friday, during a meeting with members of ‘Let’s Fix Nigeria’ group who paid him a visit at his Abuja residence, faulted the calls by many Nigerians that political parties should zone their presidential tickets to the South.

Atiku had reasoned that the Constitution of the Federal Republic of Nigeria does not recognise zoning and as such, he and other aspirants from other parts of the country can also contest in 2023.

“There is no zoning in the Constitution; there is none. I was a member of the constituent assembly that drafted the current Constitution and there was nothing like that,” he had posited.

In a statement at the weekend, Afegbua who had also taken on Atiku and told him to jettison his presidential ambition due to his age, said it was selfishness and personal ambition that was pushing Atiku.

“For selfish and egocentric reasons, I have read some aspirants like Atiku Abubakar, talking about the absence of zoning in the Nigeria constitution.

“In order to serve their selfish end and contest the 2023 presidential election against the run of play, they have resorted to making references to the 1999 constitution to support their weak argument against zoning of political offices.

“It must be stated unequivocally that zoning means the same thing as federal character, which is expressly captured in the 1999 constitution.

‘’The Federal Character talks about political balancing of positions and appointments, which is the same thing as zoning.

“Zoning means divide into or assign to zones, positions and appointments whether by way of election or appointment.

“For those who are declaring that there is no zoning in the constitution, why has it been the practice that each time a candidate emerges from the north, his vice presidential candidate comes from the south, and vice-versa?” Afegbua queried.