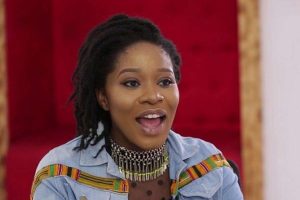 Kiki Mordi alleged that most white women married to Igbo men are suffering.

Media personality Kiki Mordi has lashed out at Igbos saying they are harmful to women.

However, her generalization has caused serious outrage online.

She was reacting to the controversy surrounding the a Swiss woman popularly called Nwanyiocha and married to an Anambra man from Isuofia after she was ‘suggested’ for an appointment as Commissioner for Tourism by the Anambra Governor Elect, Charles Soludo.

Mordi alleged that most white women married to Igbo men are suffering.

She further claimed that “Igbo men are very harmful”.

However, her generalization has caused outrage with many people attacking her.