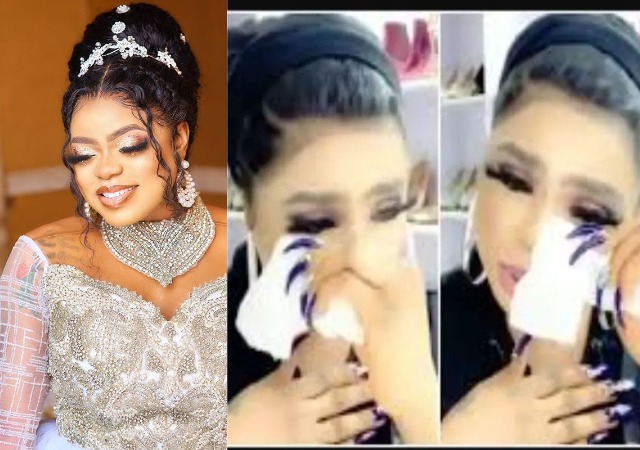 Nigerian male Barbie, Bobrisky has mocked Hours after bragging about flying her workers on a private jet, Bobrisky who landed in Abuja where she flaunted her N600K per night luxury hotel room.

The crossdresser who threw shades at female celebrities for not carrying their workers along on their luxury trips shows off his hotel room worth N600K per night at Transcorp Hilton hotel in Abuja.

READ ALSO:   Identity Of Bobrisky’s Boyfriend Unveiled After He Shared A Cryptic Photo Of Him Online

Bobrisky’s valentine’s trip, however, is termed by fans as an act of jealousy over her contemporary, James Brown, who is currently living his best life in the UK.

“We no care, people dey UK, try go that side, sun no Dey tire you?” a troll wrote in reaction to the crossdresser’s video.

Away from that Young lady in Oxlade’s viral bedroom videos continues to drag the singer for being a snub as she laments on being disowned by her family.

This comes days after the singer tendered a publicly apology following the backlashes trailed by the leaked tape and the inconvenience brought upon the lady and her family.

In a series of snapshots, the lady continued to press the singer for snubbing her while emphasizing on the damages the leaked caused her.

Oxlade, however, emphasized on currently being admitted in the hospital which assurance of handling the situation once he regains his strength.