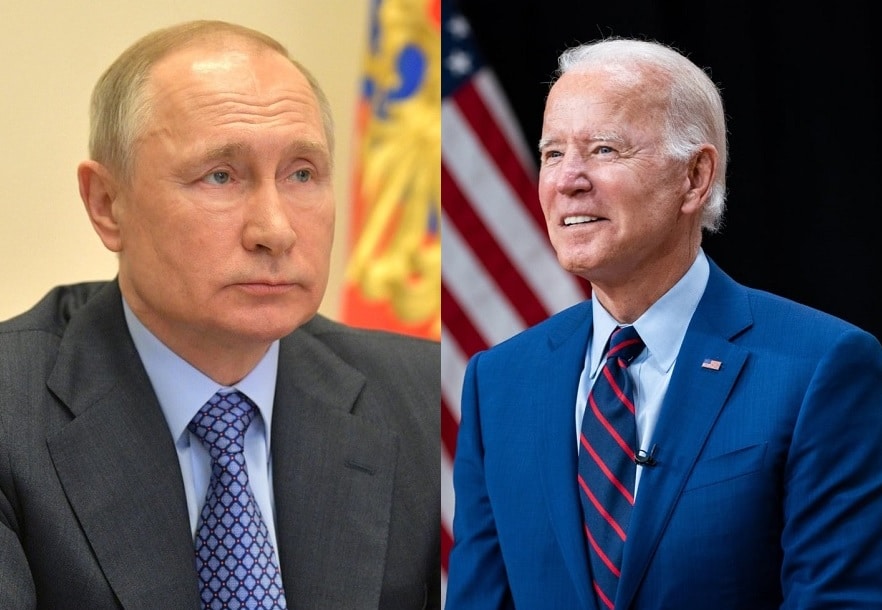 U.S. President Joe Biden and Russian President Vladimir Putin have agreed in principle to a summit over the Ukraine crisis, the office of French President Emmanuel Macron said, so long as Moscow does not invade Ukraine.

In a statement released early on Monday, the Elysee Palace said Macron had pitched both leaders on a summit about “security and strategic stability in Europe”.

“Presidents Biden and Putin have both accepted the principle of such a summit,” the statement said, stressing that such a meeting would be impossible if Russia invaded Ukraine as Western nations fear is its intention.

The US is “committed to pursuing diplomacy until the moment an invasion begins,” Press Secretary Jen Psaki said in a statement. “President Biden accepted in principle a meeting with President Putin … if an invasion hasn’t happened.”

“We are also ready to impose swift and severe consequences should Russia instead choose war. And currently, Russia appears to be continuing preparations for a full-scale assault on Ukraine very soon,” she added.

There was no immediate comment from the Kremlin, but Vladimir Putin said after his call with Macron on Sunday that diplomatic efforts needed to intensify in order to find a resolution to the crisis.

Biden said Friday that the United States believes that Russia has decided to launch an invasion of Ukraine “in the coming days.”

“We have reason to believe the Russian forces are planning and intend to attack Ukraine in the coming week, in the coming days,” Biden said in remarks at the White House. “We believe that they will target Ukraine’s capital, Kyiv, a city of 2.8 million innocent people.”

“As of this moment I am convinced that he has made the decision,” he added, referring to President Putin. Previously, the president and his top officials have said they did not know whether this was the case.

See all the latest news from Greece and the world at Greekreporter.com. Contact our newsroom to report an update or send your story, photos and videos. Follow GR on Google News and subscribe here to our daily email!