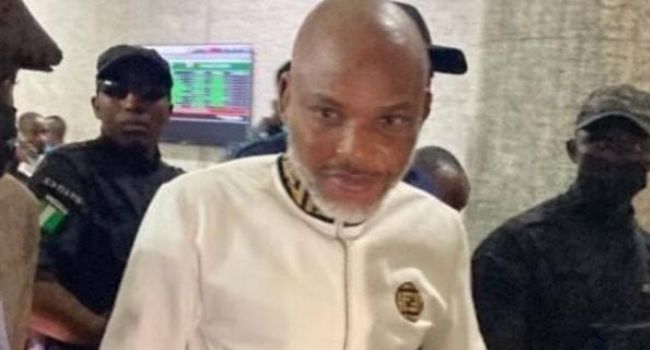 There are indications that a sit-at-home may be observed in some parts of the south-east region as Nnamdi Kanu, leader of the proscribed separatist group, Indigenous People of Biafra (IPOB) is set to appear in court today (Wednesday).

The group had previously cancelled its directive for a sit-at-home protest over the trial of Kanu, and directed that the exercise should be observed on days the secessionist leader was to appear in court, despite protests from some quarters that the exercise was detrimental to the economy of the region and its people.

This is even as Justice Binta Nyako of the Federal High Court in Abuja, warned the Department of the State Services (DS

The judge stated that the DSS was not permitted to block the entrance of the court, or undertake any security arrangement within the court premises before 12 noon, as Kanu’s case is scheduled for 1pm.

He lamented that the other cases in the court had been impeded due to the activities of the DSS whenever Kanu appears in court.

Kanu is being prosecuted by the Nigerian govt for alleged treason. Earlier, a Senior Advocate of Nigeria (SAN) Mike Ozekhome has joined the legal team defending Kanu over the charges.