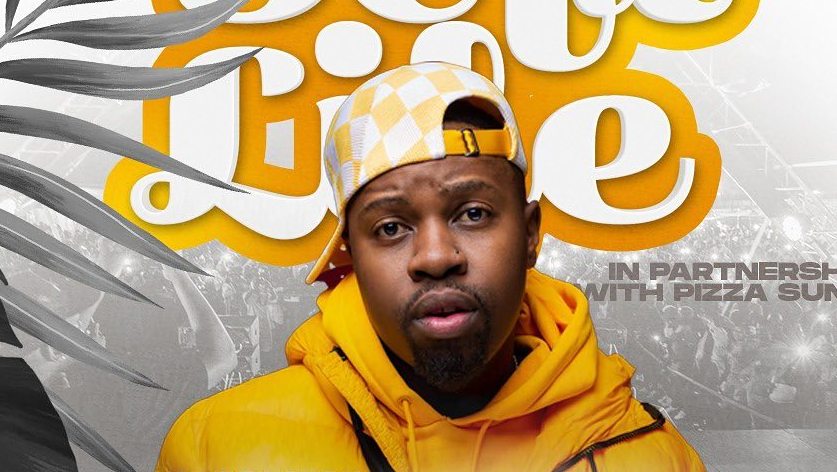 Amapiano producer Mr. JazziQ has given an interesting revelation about his life, noting that he was way happier when he was abroad than now that he’s back in South Africa, his country of provenance.

Mr. JazziQ’s tweet that he was way happier when he was abroad irked some of his fans, who made it clear that his fame at home was what made him be known and sought after abroad.

Some of his fans mention that overseas appear nicer when one is a visitor but the specter of racism is all too obvious and Mr. JazziQ, a black bod, cannot possibly escape it. 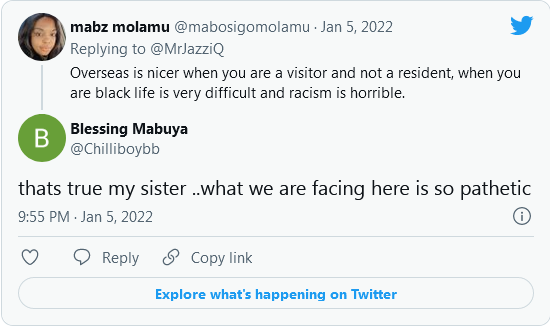 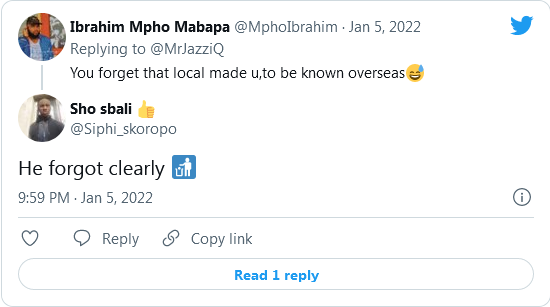 Mr. JazziQ might feel way happier broad, but South Africans are happier to have him back home. And the reasons are obvious. Mr. JazziQ is a voice worth hearing

At the moment, he’s one of the key voices on the amapiano scene in South Africa. He was formerly part of the group JazziDisciples but decided on a solo career after the group split.

Of the two members of the group, he appears to be the one most in the news. But that’s by the way.

It remains to be seen if Mr. JazziQ will relocate abroad in the tradition of Nasty C.