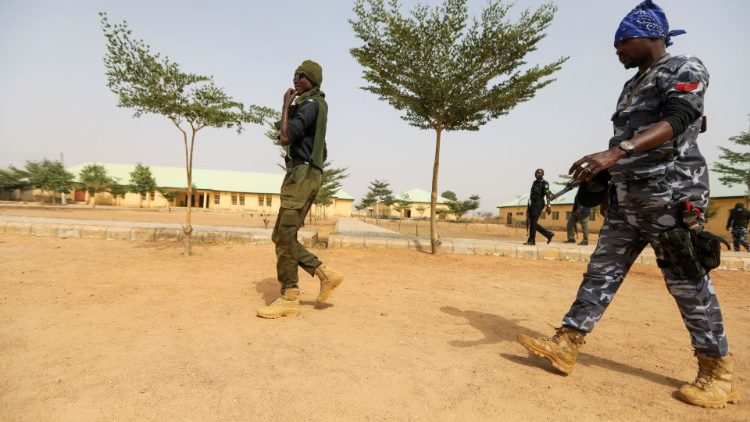 A priest of the diocese of Kafanchan, Fr. Joseph Danjuma Shekari, who was kidnapped on Sunday night, has regained his freedom.

The Chancellor of the diocese, Fr. Emmanuel Okolo, in a statement on Tuesday, confirmed the development. He said that the priest was released at about 10:30 pm on Monday.

But in less than 24 hours after the attack that claimed the life of the priest’s cook, the Catholic Diocese of Kafanchan announced the release of the priest.

Fr. Okolo expressed gratitude to everyone for their prayers for the safe return of the priest and offered prayers to God to hasten the release of those who are still in the hands of their captors.

He also invited prayers for the repose of the priest’s cook who was tragically killed in the attack.

“All our priests are directed to kindly celebrate Mass of Thanksgiving to God for the quick release of Fr. Shekari as well as Mass for the dead and for the departed cook of Fr. Shekari,” the statement read.

Nigeria, especially the northern region has been battling with insecurity, fueled by the activities of  the Boko Haram religious extremists who have been linked with the so-called Islamic State West Africa Province (ISWAP). Clashes between nomadic herdsmen and indigenous local farmers have also been cause for concern for authorities.

More recently, the activities of kidnappers and bandits have challenged the efforts of security agencies with a surge in reports of kidnappings for ransom and unknown gunmen raiding communities, stealing livestock and killing people.

One of the latest attacks left no less than 11 people dead in Kurmin Masara in Atyap Chiefdom, Zangon Kataf local government area of Kaduna State, when gunmen swooped on the village on 1 February.

The situation of insecurity has led to calls from religious leaders and members of civil society, urging authorities to take urgent steps to ensure the protection of the lives and properties of citizens.