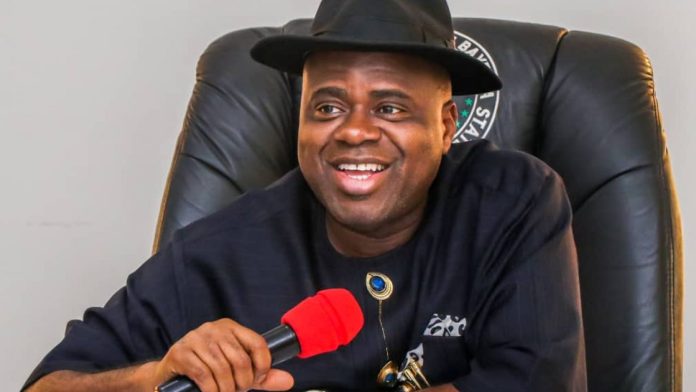 February 10, (THEWILL) – Bayelsa state Governor, Duoye Diri, has faulted claims that money made from cocoa farming was invested into oil exploration in Nigeria.

Speaking on Thursday during an interview on Channels Television breakfast programme, Sunrise Daily, the governor said money invested by international oil companies was used to develop the oil sector.

“A lot of people make a mistake and say we used cocoa money to develop oil, that’s not true.

“Multinational, international oil companies came with the capital in oil exploration and exploitation. There was no money from Nigeria, every money that came was monies from those who came to develop oil here. These are the issues Nigeria needs to resolve,” Diri said.

Even though Bayelsa state is an oil-producing state, Diri said his administration is working to re-orientate youths to go into farming.

According to him, farming is a priority and everyone in the state is encouraged to key into it.

“Agriculture is a priority for this government, we are working hard to have a change of mindset of our youths to key into Agriculture. Tomorrow, the Akwa-Ibom governor is coming into Bayelsa to flag off the farming season. He will also superintend over the made-in-Bayelsa Agriculture show.

“Oil is almost going; we cannot continue to live (dependent) on oil. The focus of this government is agriculture. Let us all key into Agriculture,” he said.