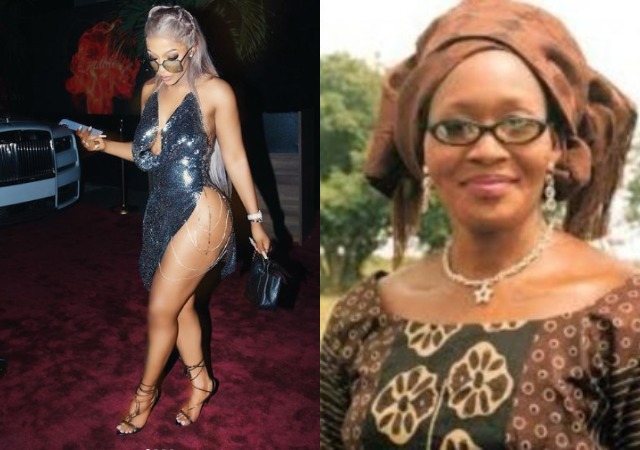 Investigative Journalist Kemi Olunloyo has jumped to the defense of Mercy Eke after being criticized over her dressing yesterday as she compares her to some American top stars who show more skin.

Mercy Eke shared some sultry photos of herself bragging about being thick in the thigh and a$$ as she hails her doctor for giving her something good and the dress she wore was showing her thigh which got her dragged and criticized.

According to her, the same people abusing Mercy Eke crying that she’s naked are the same ones praising JLO and Toni Braxton’s iconic Grammy dresses and InStyle shoots asking they clear the highway for Mercy Eke and allow her to live her life.

These Americans see nothing wrong in going naked in public but we Africans see everything wrong with that especially when it’s coming from a woman and that is why Mercy Eke got dragged and criticized for copying these people forgetting she’s an African.