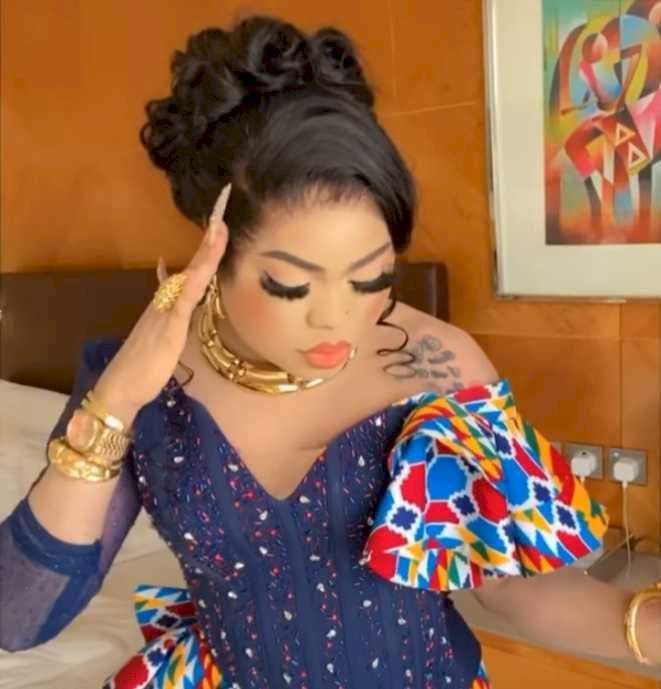 Nigerians worry over size of Bobrisky’s head in new video

Controversial crossdresser, Bobrisky has sparked reactions from fans on social media over his physical appearance.

In a video making the rounds on social media, the brand influencer who donned a native outfit with full makeup on, was spotted dancing to a song which played in the background.

Shortly after, in his usual fashion, Bobrisky flaunted bundles of money and announced that he was going to have a great weekend.

However, reacting to the video, Nigerians expressed worry over the size of Bobrisky’s head and face.

personalmarketwoman:
“Since I know they rent money now, I cannot be moved.”

bibi__choco:
“I dont understand how bobriskky is looking like now.”