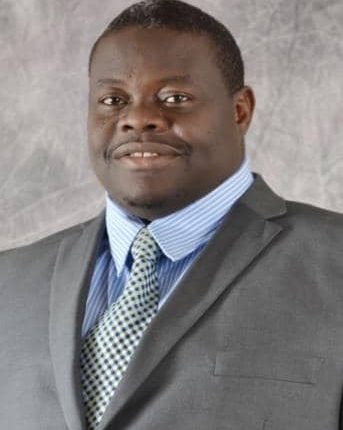 Olumuyiwa Jimoh- A crusader in voicing for the voiceless

One of the ways of building a better society is to have politically conscious and enlightened citizens. In this wise, a society evolves by engaging in the activities of civil society organizations. In this regards, citizens are mobilized and able to put the machinery of government in doing the biddings of the led.

Having realized this pivotal role in putting the rulers on their toes, a member of the Lagos State House of Assembly, Hon Olumuyiwa Wahab Jimoh, right from his days in tertiary institution and beyond, he joined civil society groups to advocate for the defence of people’s rights.

Jimoh, who is serving his third term in the State Assembly from Apapa constituency II, strongly believe in speaking and defending the rights of the voiceless citizens. An advocate of human rights crusader.

The quality of speaking to the powers that be eventually stimulated him to join politics. He has been able to demonstrate his background as an activist even on the hallowed chamber. Oftentimes, his position might be unpopular but steadfast in agitating for the less privileged.

Born on the 2nd of October, 1974 in Apapa Iganmu, Lagos State to the family of Late Ahaji M.O. Jimoh. He commenced his Primary Education at St. Theresas Catholic Primary School Apapa where he obtained the First School Leaving Certificate. He had his Secondary School Education at Tin Can Island High School, Tolu, Apapa.

He began his tertiary education at the Federal University of Agriculture, Abeokuta, Ogun State between the year 1994-1997 and later proceeded to Nigeria’s Premier citadel of learning, University of Ibadan from 1998-2003 for Bachelor of Arts Degree in Philosophy (B.A.Hons.). He also holds a Master Degree in International Law and Diplomacy from the University of Lagos, Akoka.

At the University of Ibadan, he was a dedicated cadre of progressive student movement and was active on the platform of umbrella student body; the National Association of Nigerian Students (NANS). His involvement in activism as a student prepared him for selfless service and exemplary leadership qualities.

His extensive knowledge of Nigerian politics as well as strong network with the civil society both nationally and internationally remain a huge asset which he has brought to bear as a parliamentarian. He belongs to a generation of young Africanists in Nigeria whose energy and sacrifice were the driving force of the pro-democracy movement that led to the restoration of democracy in Nigeria.

Hon. Olumuyiwa Wahab Jimoh has worked in various capacities prior to his election into the legislative arm of governance in Lagos State in the year 2011 to represent Apapa Constituency 2 and has been reelected twice; 2015 and 2019.

He has served in the following capacities at the Lagos State House of Assembly since 2011 which include, Vice Chairman, House Committee on Local Government and Chieftaincy Matters (2011-2015). He was the Deputy Majority Leader between 2015-2020 and currently the Chairman House Committee on Waterfront Infrastructure Development.

In line with his experience as an activist, te lawmaker has also served as Chairman of several Ad-hoc Committees of the Lagos State House of Assembly to mediate on and resolve disputes.

He is a member of the following organizations and learned societies amongst others: Campaign for Democracy (CD); Committee for the Defence of Human Rights (CDHR); Nigeria Collective Council (NCC) and United Action for Democracy (UAD).

For his meritorious service and diligence in the execution of his duties and responsibilities, he has been awarded the following certificates of recognition:

These include, Certificate of Meritorious service as Deputy Speaker Student Representative Council towards the upliftment of University of Ibadan.

Certificate of Meritorious service by Nnamdi Azikiwe Hall as Distinguished Union Leader of University of Ibadan.

Certificate of Merit by Badia Youth Vanguard (BYV) in commemoration of meritorious services to Badia Community.

Certificate or Service by Apapa Local Youth Forum (ALYF) for contribution to the intellectual development of Youths in Apapa.

He enjoys travelling, reading and listening to music. He is happily married to Mrs. Olawunmi Jimoh and blessed with children.