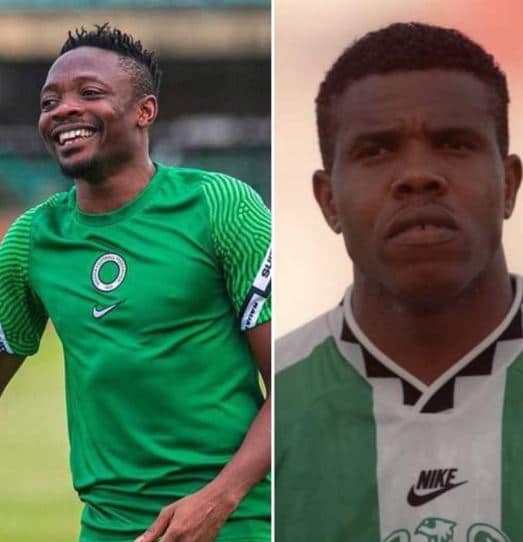 Nigerians have taken to social media to react to the gesture made by Super Eagles captain, Ahmed Musa, towards a member of the Atlanta ’96 Olympics Gold medal-winning Dream Team, Kingsley Obiekwu.

Naija News had reported that Musa had offered a kind donation of N2 million to Obiekwu, who is now a commercial bus operator following his financial struggles.

This came after reports of the economic woes that forced the Olympics player to become a commercial transporter plying between Enugu and Awka.Musa’s gesture came following the media reports on the dwindling fortunes of the Delta-born versatile defender who played for Rangers International FC, Enugu, and Udoji United in his days.

The 96′ player while speaking to newsmen noted that he went into the transport business to sustain his family.

He also attributed his difficulties to debts owed him by several clubs, including Senator Ifeanyi Uba, owner of FC Ifeanyi Uba.

He also revealed that promises made for players of the Dream Team by Delta and Niger states are yet to be fulfilled. Obuekwu stated that his former employees owe him over N6 million cumulatively.

Reacting to the development on Twitter, some Nigerians commended Ahmed Musa for supporting the former Olympics player, asking other players to support Obiekwu.

See some of the reactions below: