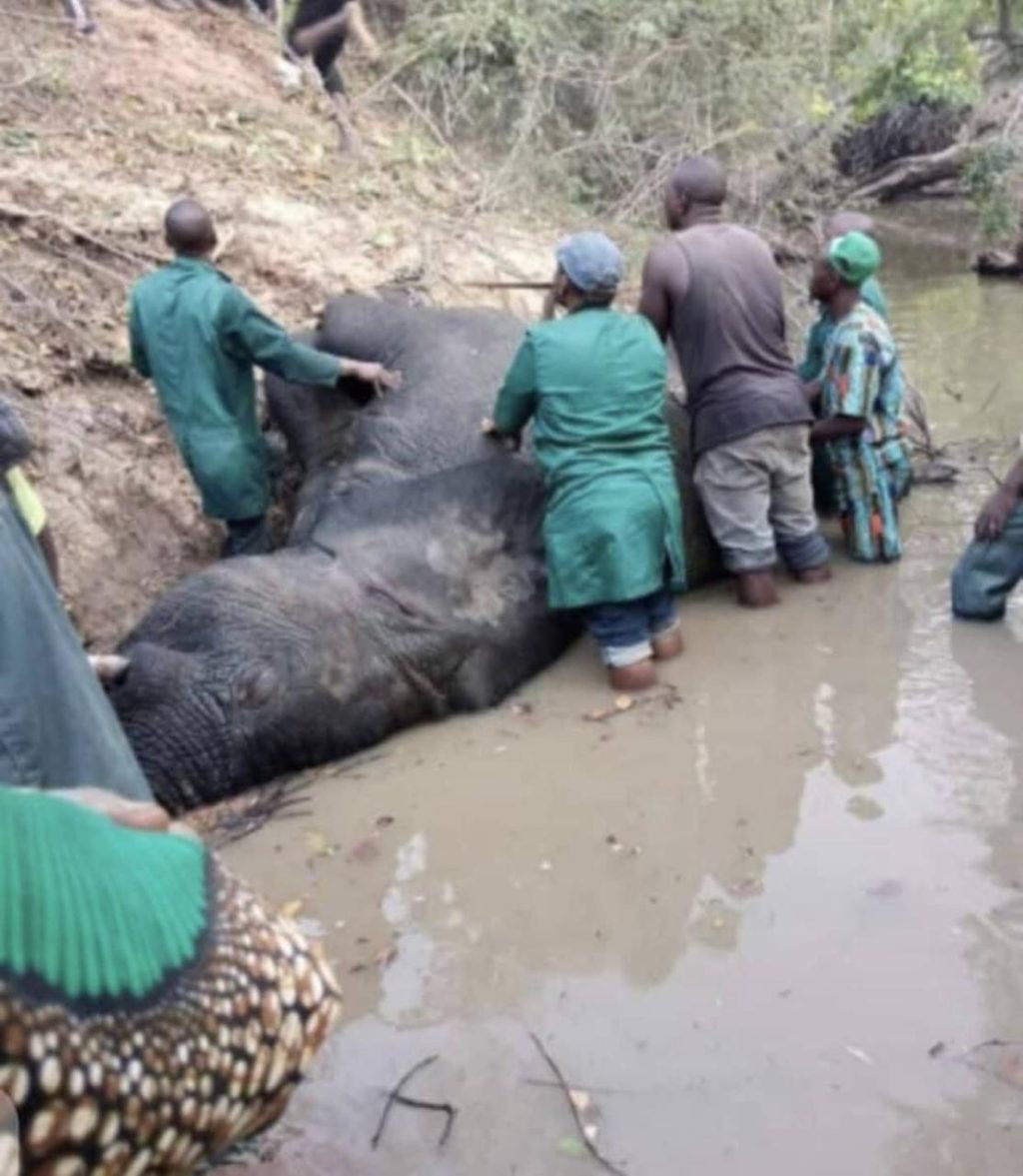 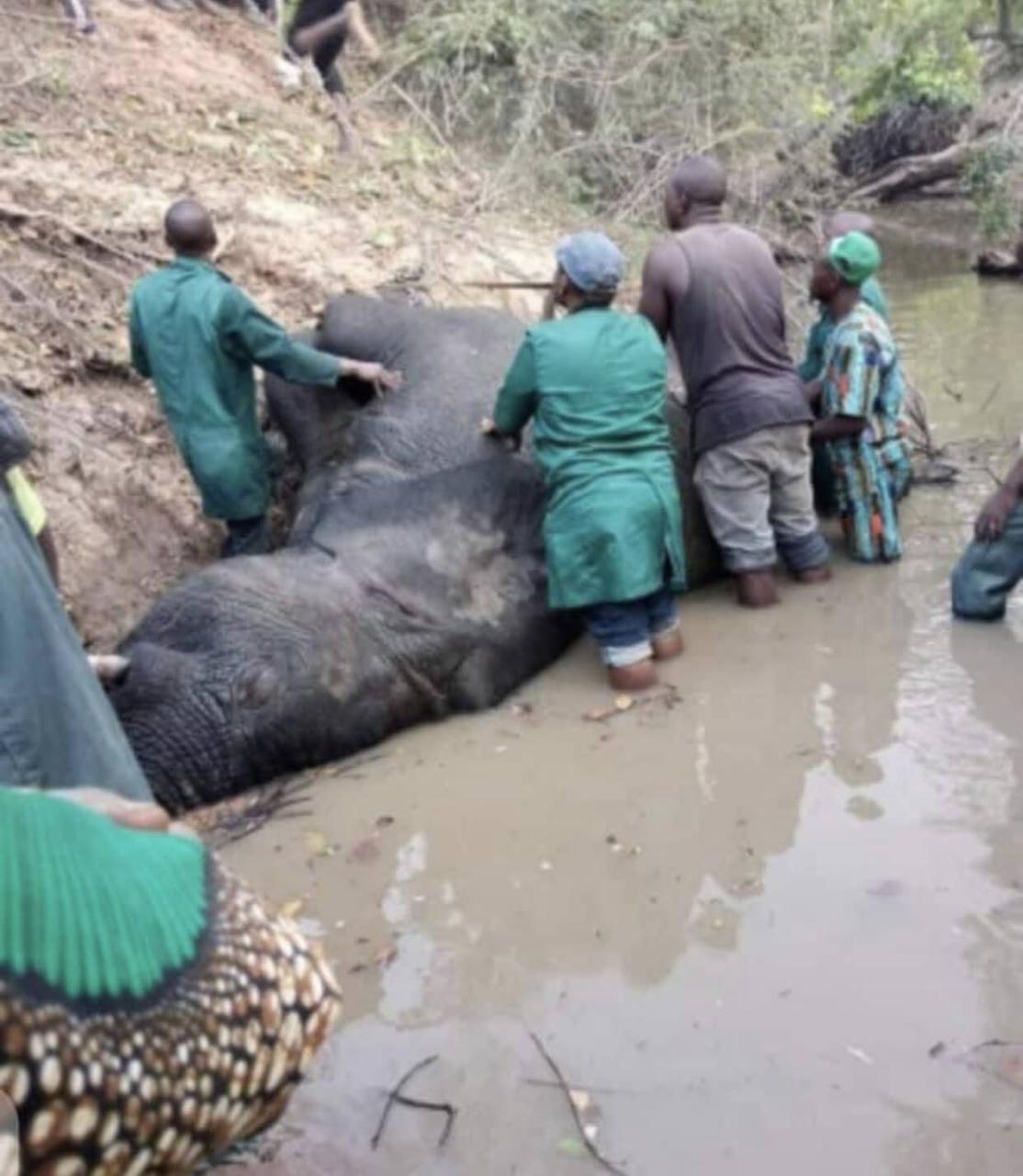 The viral wandering elephant that was found by a group of Ibadan farmers on their farmland has reportedly died.

Naija News recalls that the huge animal said to be coming from the Benin Republic was spotted at Saki in Oyo State by some farmers.

A Facebook user, Adesope Habeeb, took to social media to share photos of the elephant being handled and led by humans, whilst adding that it came wandering miles away from the farm it was caught.

The photos went as afar, stirring reactions on social media, as many urged that the animal be kept alive and not be eaten.

However, in a new update, Adesope disclosed that the viral elephant was dead.

According to the multimedia journalist, the elephant had died in the hands of experts from the University of Ibadan.

Adesope noted that the death of the mammoth came after the university experts and local government chairman decided to transport the animal to the university zoo.

Sharing the photos of the elephant, Adesope wrote; “Remember that Jolly elephant that was spotted in Oyo State weeks ago? He’s dead.

“He died in the custody of experts from Uni of Ibadan after they and the local govt chairman of Saki West decided to transport it to a zoo.

“Why would they take that decision? Beats me.”