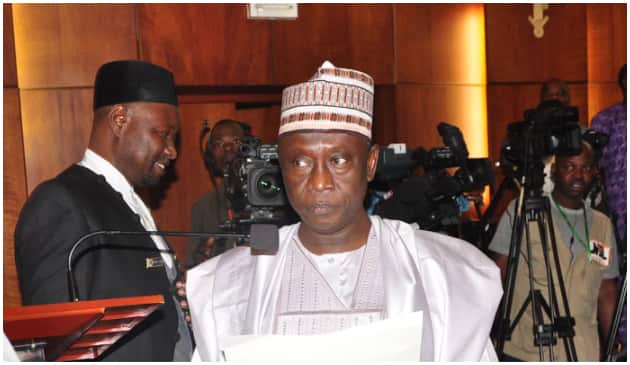 During plenary on Tuesday,  Senate President Ahmad Lawan read a letter from the National Chairman of the PDP, Dr Iyorchia Ayu, announcing the choice of Senator Lau as the new occupant of the post.

Minutes later, Bwacha was officially recognized as a member of the APC after a letter announcing his defection to the ruling party from the PDP was read on the floor of the Senate.

In the letter read by Lawan, Bwacha said he dumped the PDP because of the “huge division and factionalisation” of the party in his state.

After reading the letter, Lawan congratulated Bwacha for dumping the opposition party for the ruling APC and described the senator’s decision as “deserving”.

Lawan then directed the Chief Whip, Senator Orji Uzor Kalu, to take Bwacha to his new seat on the section of the isle reserved for members of the ruling party.

Kalu promptly carried out the instruction even as members of the minority PDP kicked against the development.

Lawan said with the crossing over of Bwacha to the APC, the party now has 70 members in the Chamber while PDP has 38 leaving Young Progressives Congress (YPP) with one member.

Senator George Sekibo (PDP-Rivers East) efforts at drawing the attention of the Senate to the abnormality and illegality of Bwacha’s defection met with a brick wall.

The Senate President ruled him out of order citing the letter by the PDP National Chairman appointing a replacement for Bwacha.