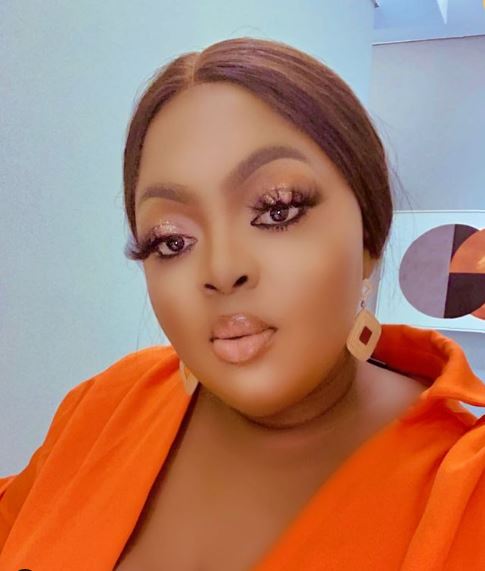 She’s Fighting For Her Stomach, Not The Masses – Actress Eniola Badmus Blasted For Campaigning For Tinubu

Nollywood actress Eniola Badmus has been lambasted on social media for campaigning for the National leader of the All Progressive Congress, Asiwaju Bola Ahmed Tinubu to become President in 2023.

Many Nigerian youths have vowed never to vote for Tinubu over the role he played in the alleged killing of #EndSars protesters. The politician had some weeks ago declared his intention to become the President of Nigeria.

Eniola Badmus while supporting the politician, took to her Snapchat to share one of the campaign posters of Tinubu, which read ‘The ABAT Movement’. Nigerians who saw the poster accused her of fighting for her own stomach as many believe the government of President Muhammadu Buhari failed to justify or give Nigerians reason to vote for his party in the upcoming election. Many said the state of the nation under APC is abysmal.