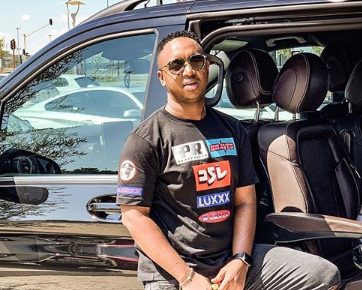 Shimza in search of his female twin

This isn’t the first time SA celebs are somehow meeting or looking for their look alike Recently, Kwesta’s male look alike went viral on twitter Though, it’s unpredictable he met with the man.

Shimza might be meeting with his twin sister soon, as a follower replied to him post that she’s relative with his look alike, which caught his attention.