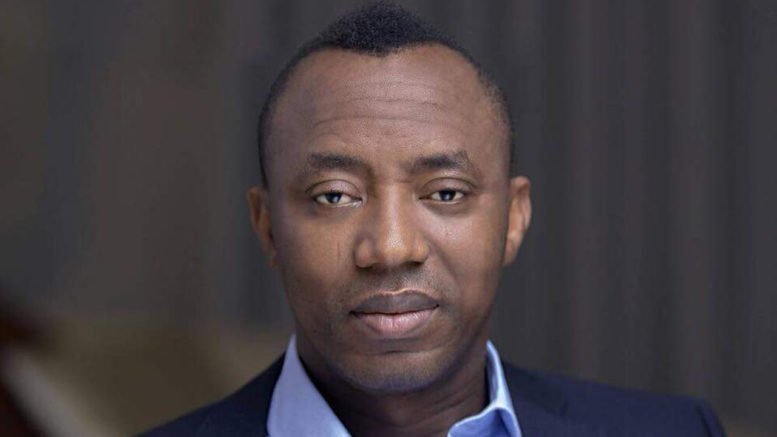 Human rights activist and politician, Omoyele Sowore has given conditions that can make him work with any government at the center.

Sowore who stated that most established political parties in the country do not have any concrete plan for the younger generation or mean well for the country said only if a background check shows there is no manipulative intent on the part of the central government, only then can he work with them.

He stated that he has been on the political scene for over thirty years and understands how the system works, hence it is easy for him to read between the lines, see the lies and avoid a betrayal.

Sowore bragged that no one can bamboozle him when it comes to activities in Nigeria’s political space and he recognizes any fake offer from afar so it is easy for him to draw the line.

Naija News reports the publisher made the assertion while responding to the question about joining the government at the centre during an interview with Vanguard.

He said: “Never! Except there are other political parties or political interest that believe in what we believe in.

“If they believe in equity, justice, fairness. If they believe in an egalitarian society, and we see very clearly, because we know a lot of them, because will do a background check, and if we can see clearly that they mean well for Nigerian people and this is not a manipulative process, we will be glad to talk to them, have genuine concrete conversations and eventually join hands with those people.

“But, it is not to dilute our ideas, or to fall into the traps of the political juggernauts as they call themselves. We will not come in, as they will find vibrant young people, political movements and parties, suck them into their vacuum cleaners, and they disappear forever. We won’t fall for that.

“I have been around for close to 32 years now. And in the political scene and I’ve tried my hands on a lot of things including the media. I know quite a few of these people, if not all of them.

“I’ve been in active activism, over eight presidents now in Nigeria, that I started seeing them and ended and saw them and the way they ended. So, nobody can tell me, nobody can bamboozle me about the Nigerian political space. So, nobody can just come from anywhere and start shouting, Oh, we love Nigeria. I will ask you questions: Where have you been? Have you been serving the political mammon because I know if you were, you are going to betray us down the line.”

He however didn’t reveal the platform on which he intends to actualize his 2023 presidential ambition.

In his words, “Nigerian should expect that he will run as he was not the type who will say that he was waiting for God to call him or do consultations.

“Of course, consultations are necessary. But none of the deception you hear from the mainstream politicians and the media that is promoting their decadence, because what we have seen now is that Nigeria is been ruled by 3Ms: Manipulation, Monetization, and Militarization,” he said.

“The defeat of manipulation and monetization is almost complete. What needs to be defeated is the militarization of democracy and that is why a declaration from my end would be necessary as soon as possible.”